I confess to knowing little about Albania before my arrival other than it was home to thousands of solid concrete bunkers built by a communist leader convinced his country would be attacked. Hoxha (pronounced Hodger), who kept his people in the firm bosom of isolation departed this world in 1985, and since the nineties, Albania has been opening albeit slowly to tourism.

We crossed the Macedonian/Albanian border from Lake Ohrid and spent 10 days visiting UNESCO listed towns Berat and Gjirokastra, the Albanian Riviera and the capital Tirana. We thoroughly enjoyed Albania.

Berat ‘Town of a Thousand Windows’ is Ottoman magic. Spreading up the hills on either side of the Osum River, impressive white Ottoman houses bear testament to this empire’s 500 year reign. We stayed in an authentic Ottoman house, Guva Mangalem Hotel, built from dark timber and found at the top of a hill along an authentic narrow, winding cobblestone path. Yes, it was a hike but the views were worth it. The feature photo for this blog was taken from our hotel room.

UNESCO listed Gjorokastra is a 3 hour taxi ride from Berat. It too, is an Ottoman town packed to the brim with beautiful houses. There’s also an interesting bazaar, a great castle worth exploring and a concrete bunker.

We thoroughly enjoyed our stay at this family run hotel with its fabulous home cooked meals and spacious rooms. 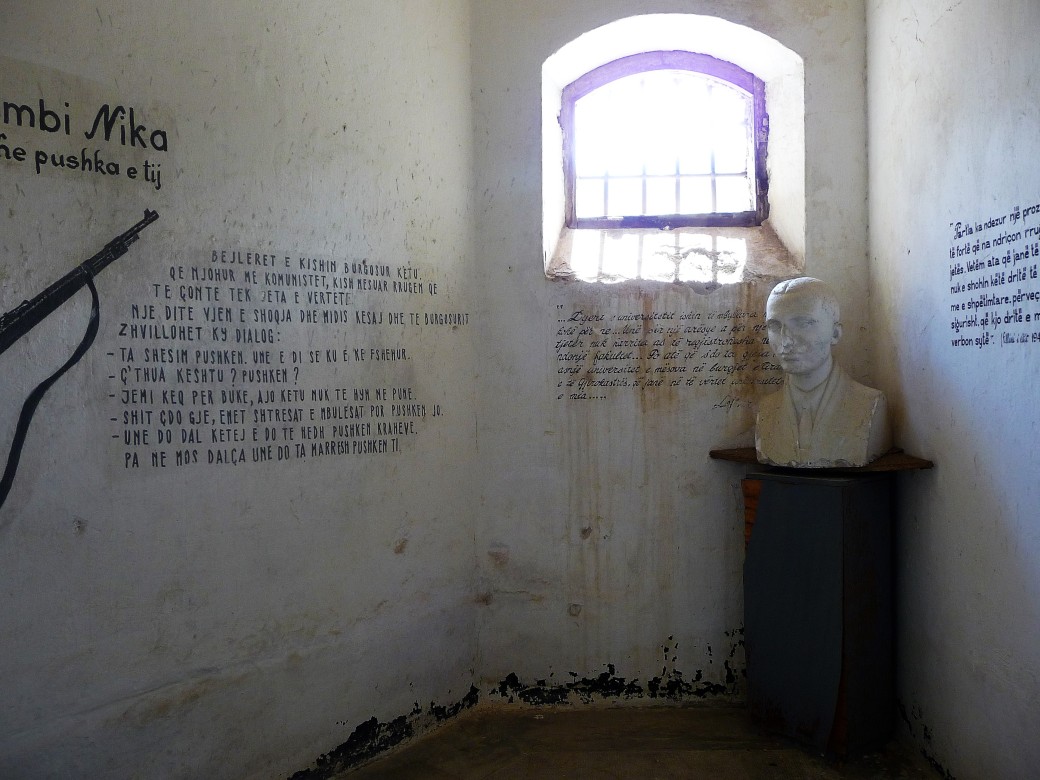 Views from the castle

Skenduli House was built in 1823 and owned by the Skenduli family until it was confiscated by the communists and turned into a museum. It was returned to the family in 1992. We met and spoke to the current owner who lives elsewhere, but is often at the house to speak to visitors.

We tried for two days to get inside Hoxha’s bunker, but it remained closed. It has 59 rooms, maybe more, has some furniture inside although much was looted after 1992, and is in original condition. I’ve borrowed a photo from Tripadvisor to show you, because if you are in Gjirokastra, it would be most interesting to see how Hoxha’s extreme paranoia gave birth to thousands of concrete bunkers. 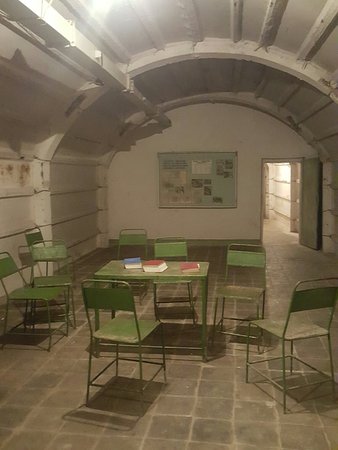 From Gjirokastra, we headed south to Ksamil via Sarande in a bus which was actually a station wagon where the boot had been converted into extra seating. Luggage was tied on top. The ‘bus’ would not leave until 6 people paid $A5 each. Our ‘bus’ needed two more people and after waiting half an hour, I approached the driver with an extra $A10 and google translator, and we were off. The elderly Albanian lady passenger held my hand in thanks, the young Albanian man laughed with the driver at the “Ostralias’.

Ksamil was fantastic. It’s located on the Albanian Riviera, but there is nothing pretentious about this place. It’s laid back and very, very grounded. I loved it. There’s plenty of coves and beaches for swimming (not for me since the European winter has lingered into Spring). There’s also plenty of beaut cafes and restaurants. We stayed three days (not enough time) in a very cute guest house run by an incredibly warm and friendly husband and wife team.

It’s almost tourist season and there’s a flurry of activity as owners spruce up their cafes, shops and guest houses. A number of buildings are still being constructed and it’s easy to see why Ksamil, just near the Greek border and within spitting distance of Corfu is popular. It is absolutely beautiful and I desperately want to return. I certainly didn’t expect this.

A short 15 minute bus ride from Ksamil is the famous ancient site of Butrint. It’s 2500 years old, is a nod to both Ancient Greece and Rome and a delight to walk around its 97 acres.

From Ksamil we headed further north along the Albanian Riveria coastline to Dhermi. Our taxi driver, who we secured in Sarande talked very honestly about his family, the appalling years of Hoxha’s rule (likening it to modern day North Korea with a dictator and secret police) and the best places on the Albanian Riviera. 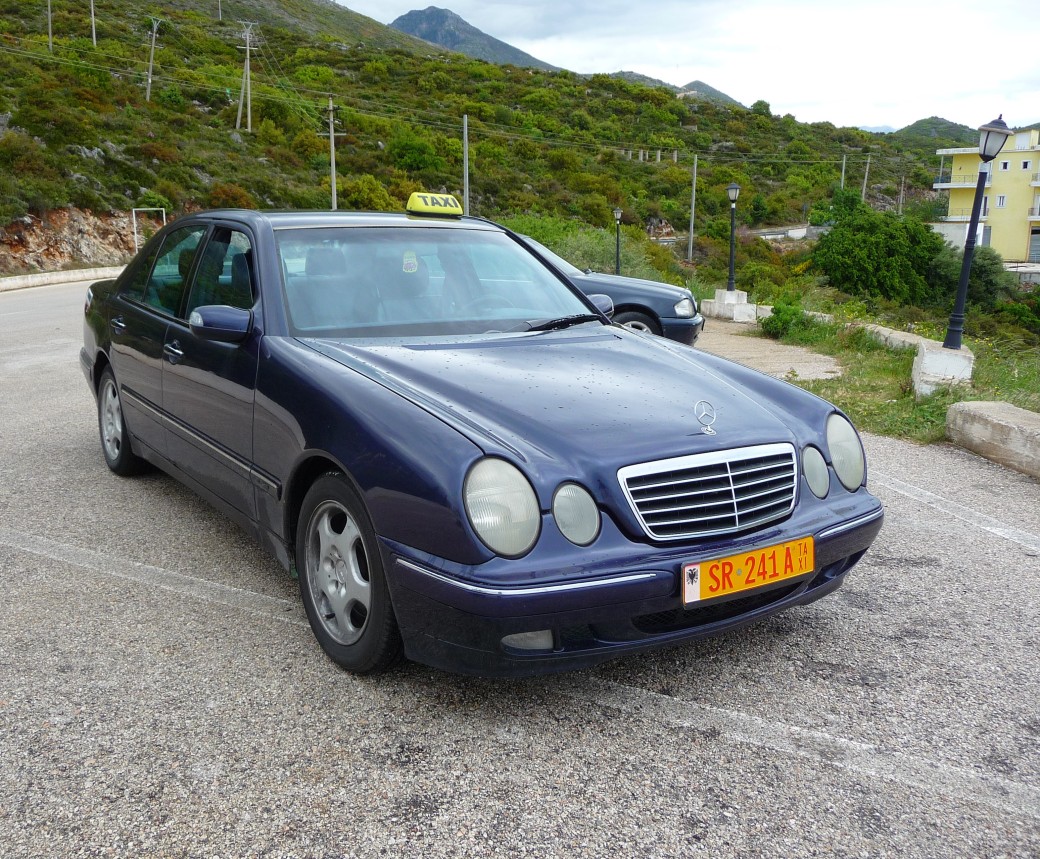 Most taxi drivers buy a Mercedes Benz because ‘they are strong’. Germany has offloaded a number of these older model cars onto Albania.

Our last port of call was Tirana, capital of Albania and it’s here that our travel plans changed. Our beautiful daughter has taken ill and is in hospital. So, we are winging our way home. I need to. Somehow travel loses its shine when something like this happens. I can travel another time, but right now I need to get home and get my daughter’s health on track. Sepsis is a hard gig. Until next blog …