Last year when we were kicking back in Bangkok at a street food market – you know the scene – rows of long tables, people from all corners of the globe shoulder to shoulder, laughing, chatting, chugging down ice cold Tiger beer and steaming hot chilli noodles – I struck up a conversation with a German couple who painted a picture of Dresden that I couldn’t resist. So here we are! And so glad we came.

Dresden is a city with history – much history. It was a Saxon royal city throughout the 1600 and 1700s and the wealth on show today in the buildings, galleries and museums must have been impressive then.

Most of us are familiar with Dresden’s later history and the extensive bombing by the British and Americans that laid the city to waste in WWII. An incredible 3,900 tons of high-explosive bombs were dropped. A war crime? Possibly, since Dresden contained nothing military for the allies to be concerned about. That’s a whole ‘nother story though.

We’re not as familiar however, with the massive restoration works that transformed this city to its former glory. Today, it’s a beautiful city and much credit has to go to those who worked long and hard to recreate this patch of splendour for us to enjoy. To see it is to truly understand how tough and resilient is the human spirit.

Dresden is divided in two – on the left bank of the Elbe River is Altstadt (Old Town), with its beautiful buildings from the Renaissance, Baroque and 19th century. On the right bank is Neustadt (New Town), also with beautiful buildings and parks. No matter where you look in this fine city, you are rewarded with incredible sights. 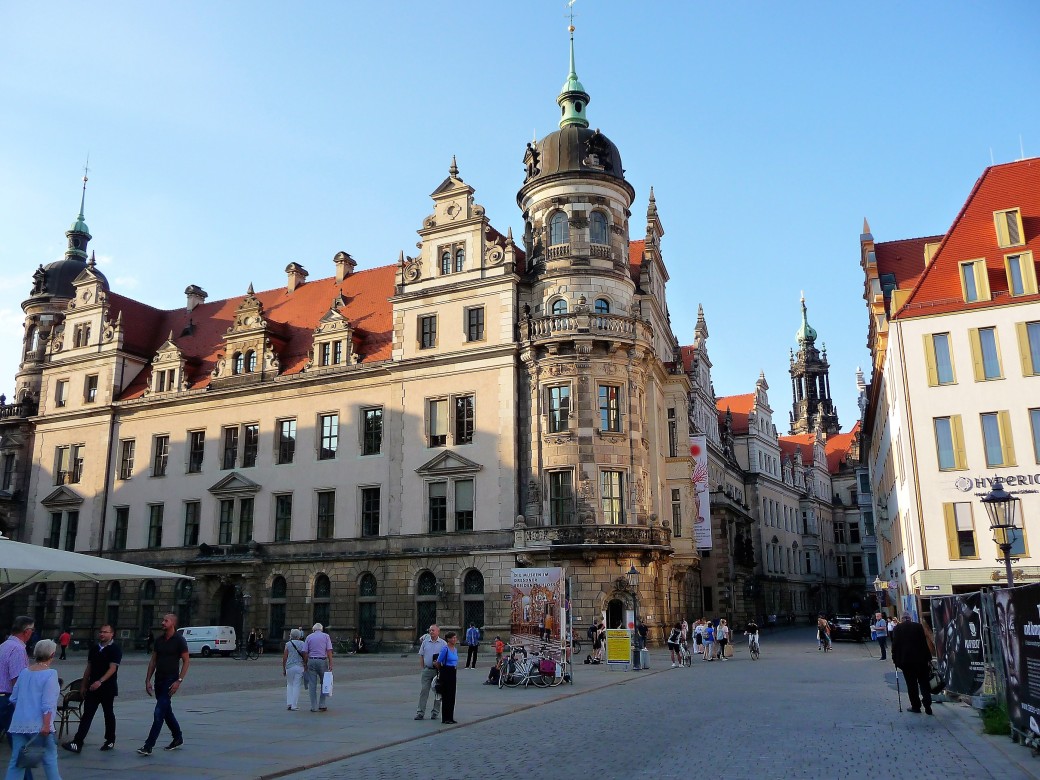 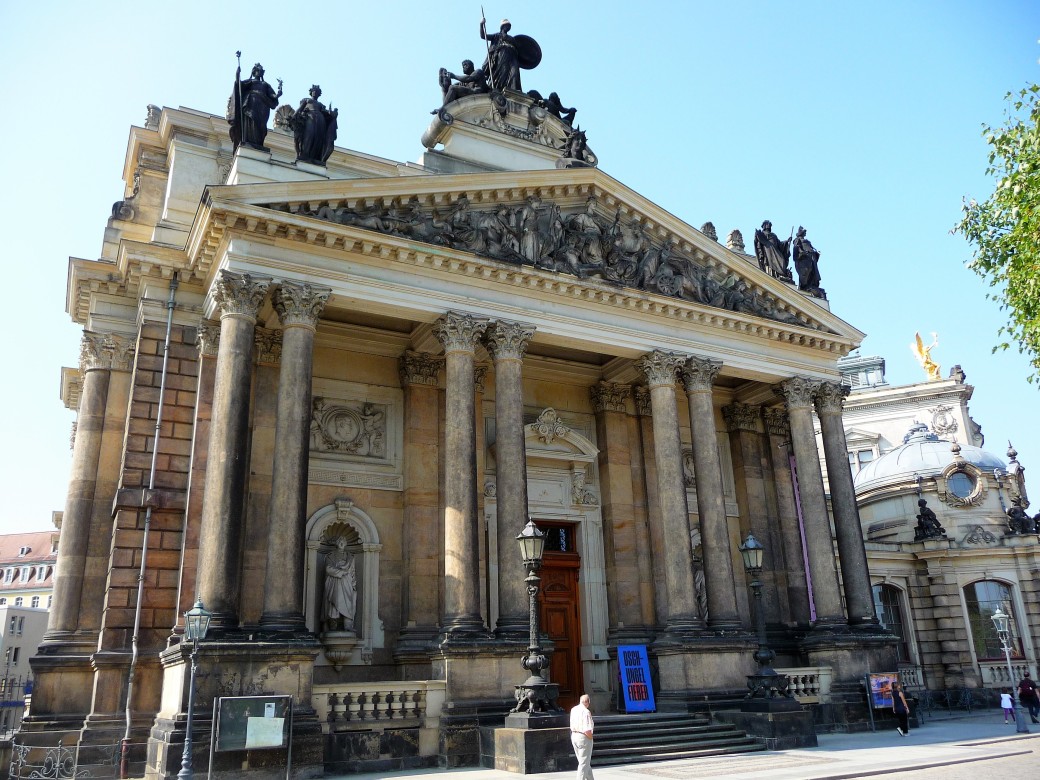 The Zwinger was built for Augustus II the Strong. The word ‘Zwinger’ comes from the medieval German term for a fortress wall which protects a city. Augustus II returned from visiting Louis XIV’s Versailles keen to recreate a similar palace in Dresden. It is beautiful and houses several museums and galleries.

Across the Elbe River is Neustadt (New Town). It’s really worthwhile getting over here and wandering around.

Found this interesting area in Neustadt (along Alaun Strasse) which was just perfect for a quiet stroll, a laidback drink in a biergarten and the obligatory German sausage and potato. 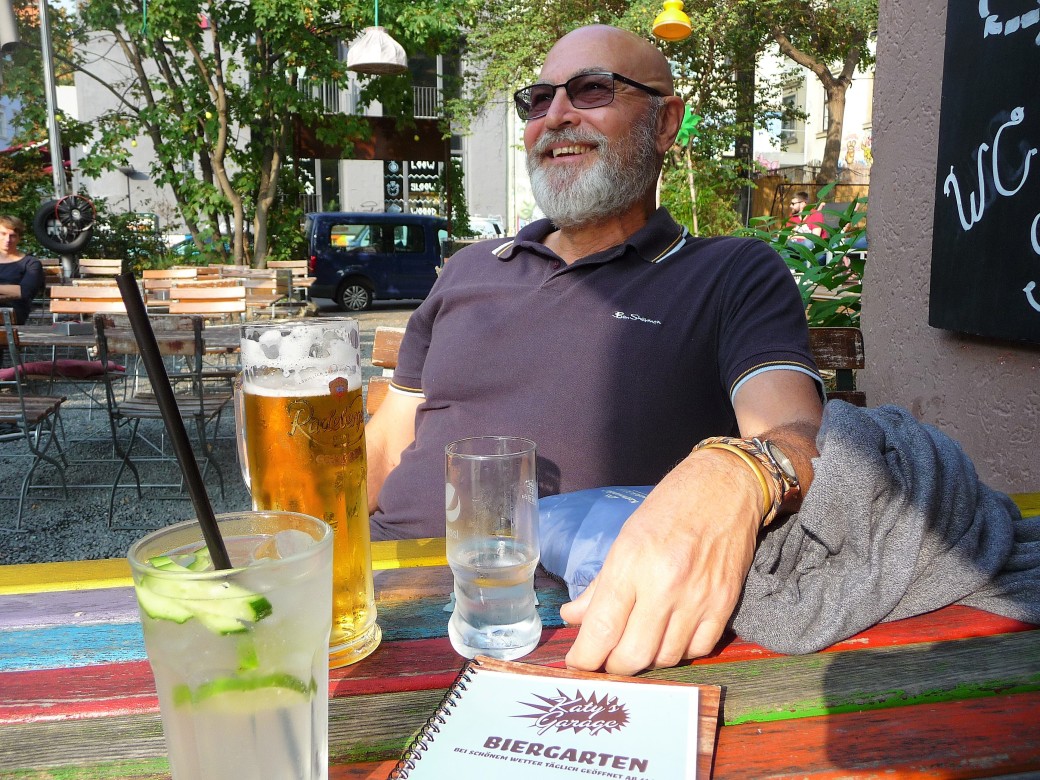 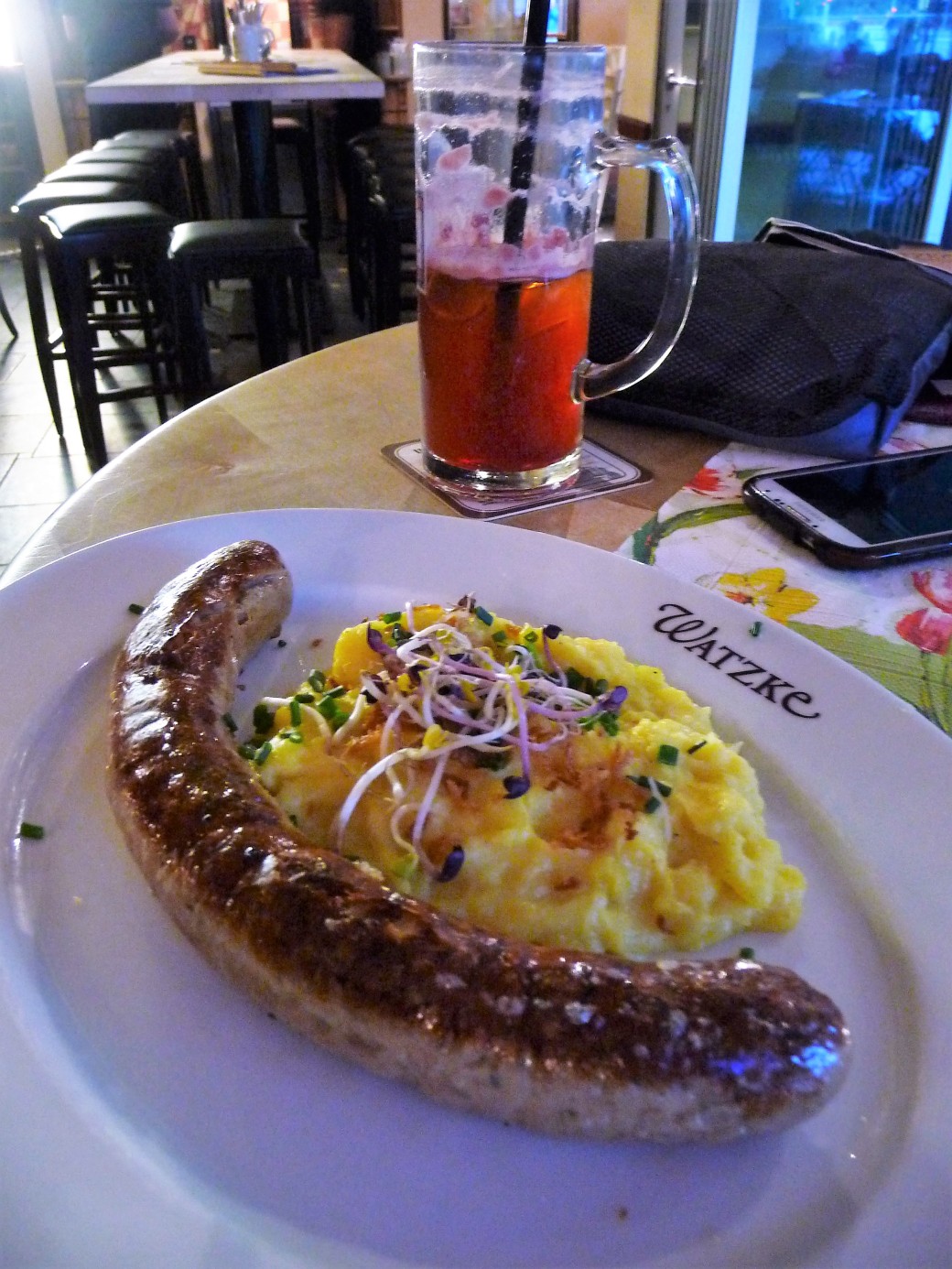 Just outside Dresden is Meissen, famous for its fine porcelain.

Dresden is an easy city to reach. We arrived by train from Berlin. Make sure you pay the extra and reserve seats – especially if you have luggage. The train line hugs the Elbe River and scenes of green pastures and cute villages are there for the photo taking.

Will leave you with this fabulous Dresden pic from Tripello. 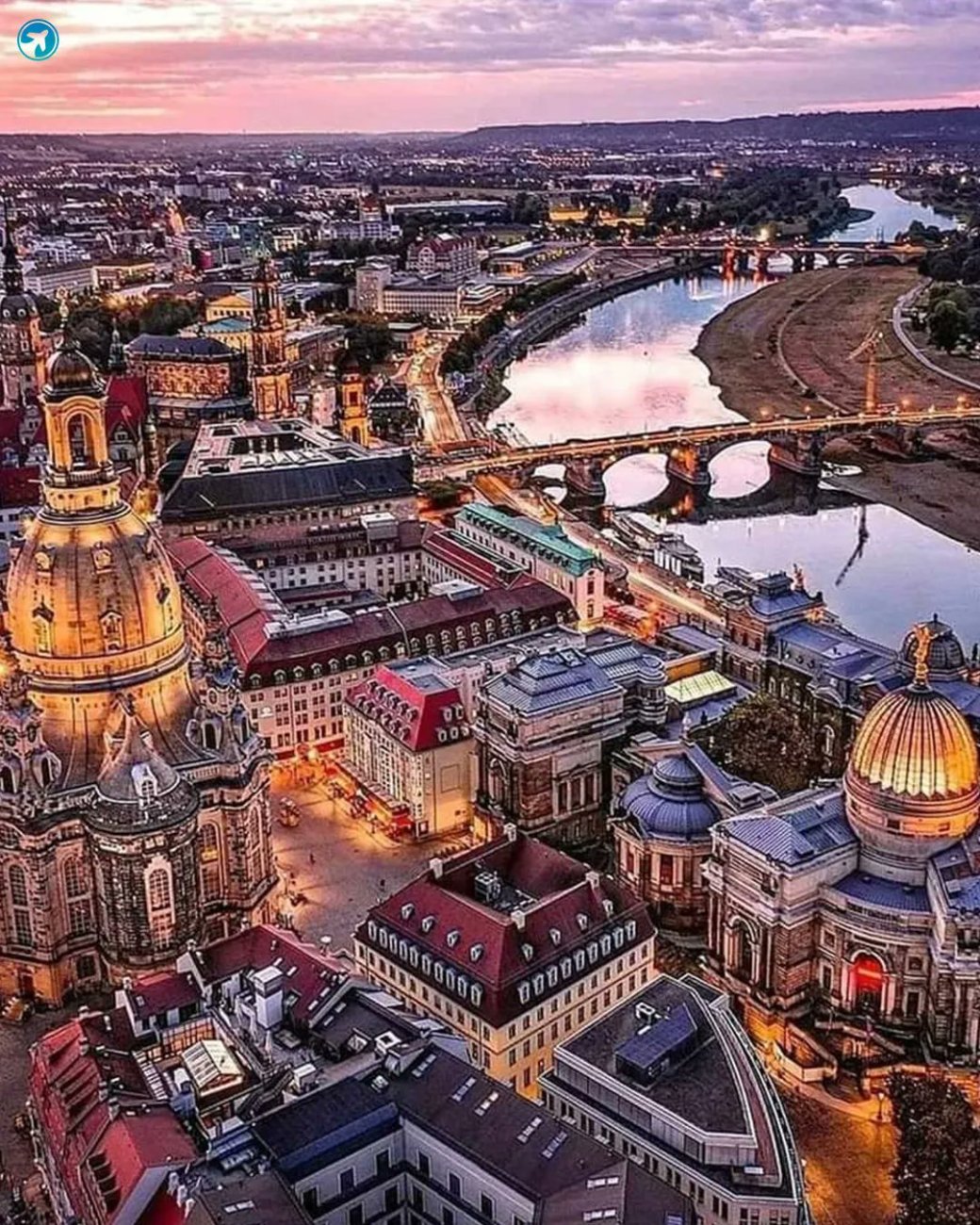 Our next stop is Prague in the Czech Republic.

One thought on “Germany: Dresden”