Australians are brought up on a healthy diet of the grim events that took place during World War II on the River Kwai. It was here that thousands of Aussie POWs (as well as British, Dutch, Americans and South East Asians) were forcibly sent by the Japanese to bring to fruition an engineering marvel – a 418 kms rail line linking Thailand to Burma. The Death Railway was no small feat when you consider that the bulk of the track had to be built through rocky hills using only dynamite, hammers and sheer hard work, all in record time.

A two hour train trip from Thonburi Station in Bangkok brought us to River Kwai Bridge. This third class train was comfortable with only a few tourists on board amongst many locals. 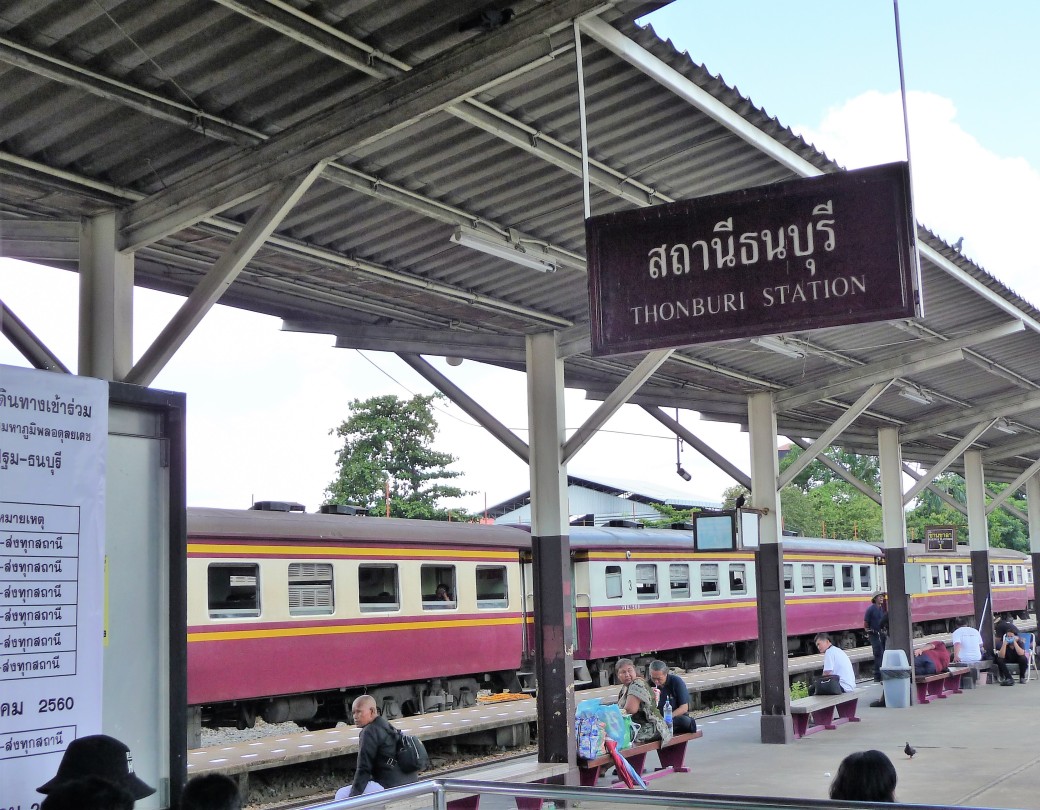 We stayed two nights in Kanchanaburi to give ourselves time to explore the war cemeteries as well as the museums. Kanchanaburi War Cemetery is in town and a number of Australians are buried here. 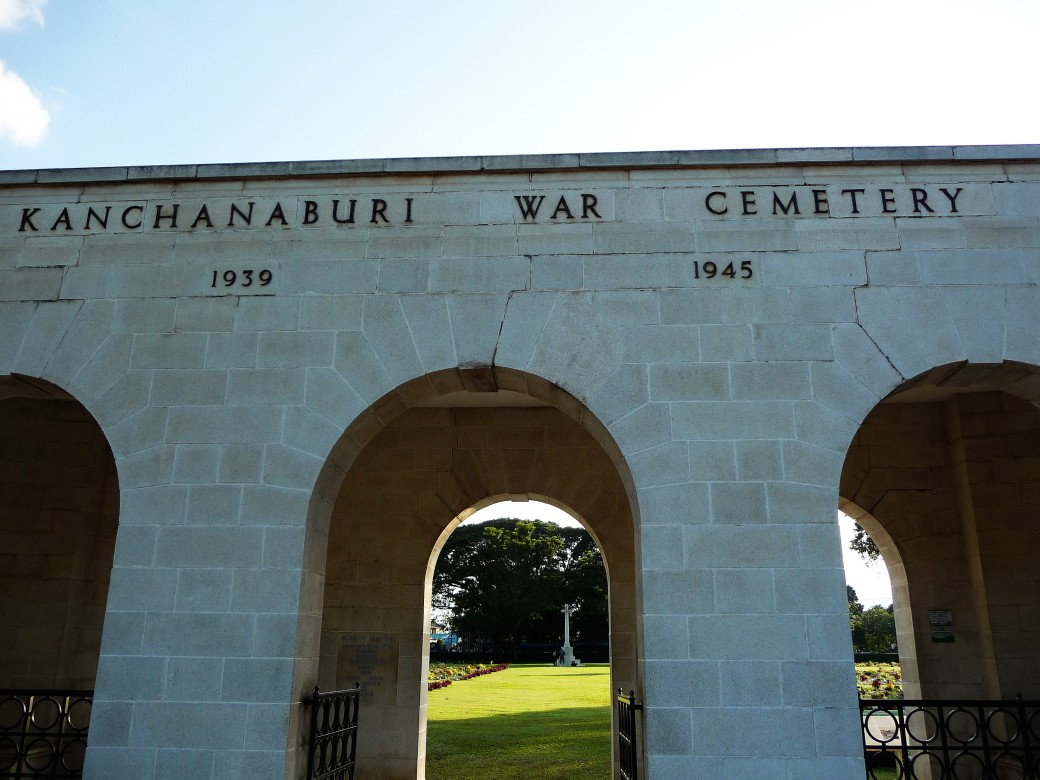 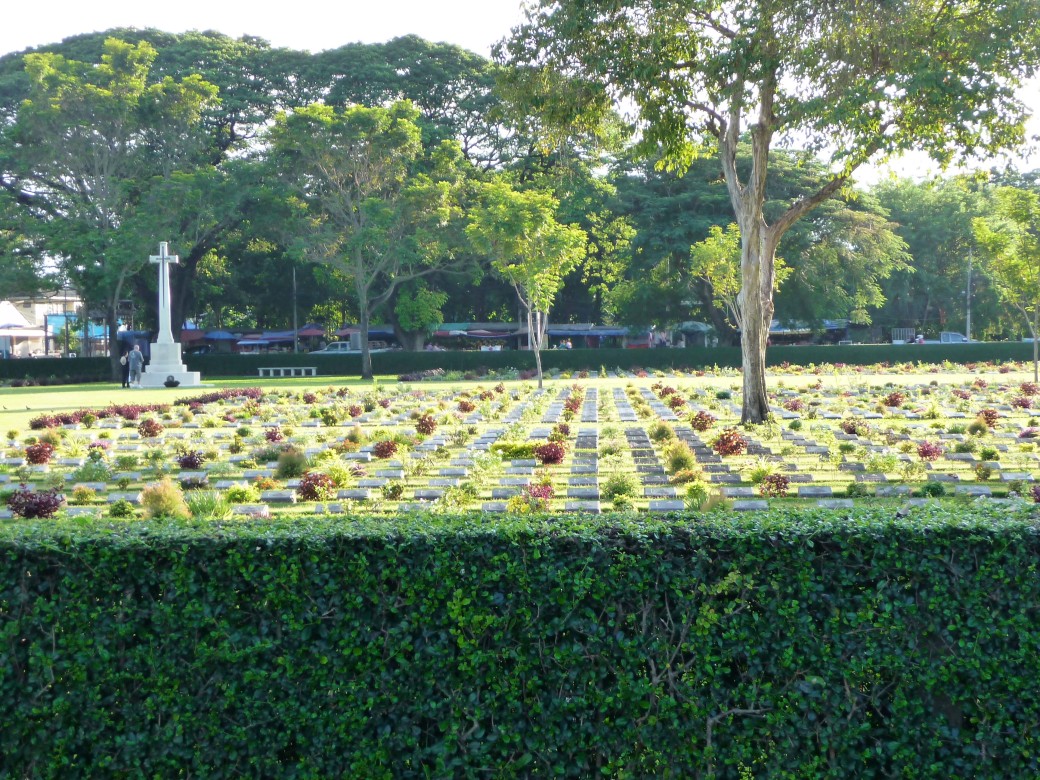 Further out of town is the beautifully maintained Chung Kai War Cemetery, the final resting place of mainly British and Dutch soldiers.

The best museum in these parts is the one below. Here, we found lots of interesting photos and information detailing the building of the rail, the horrific treatment of the Allied soldiers and the eventual surrender of Japan. Unfortunately, no inside photos are allowed.

Not too far away is the JEATH Museum honouring English, Australian, Thai and Dutch (Holland) soldiers. The J is for Japanese. The hard bamboo beds accommodated hundreds of POWs in tight, cramped conditions. This museum is nowhere near as good as the Death Railway Museum. 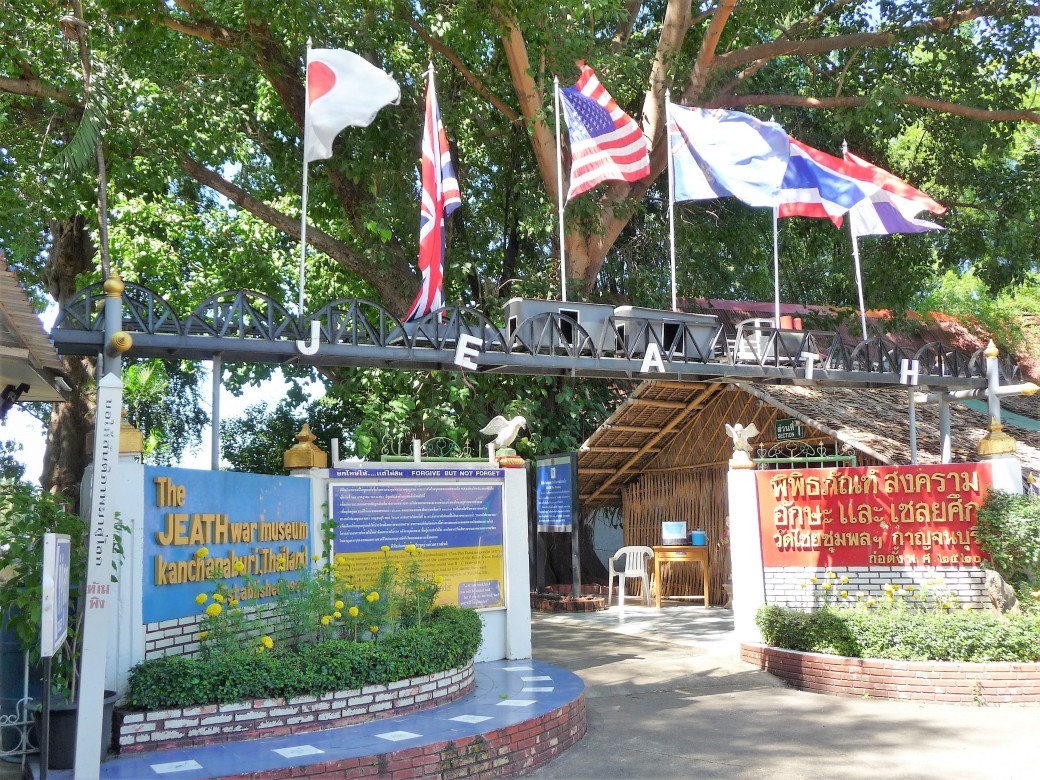 We hired a car and driver to get us from River Kwai to HellFire Pass Museum and from here we walked along the rail track. The track has been shortened from 4 kms to two and a half kms courtesy of the Thai military who control the area. 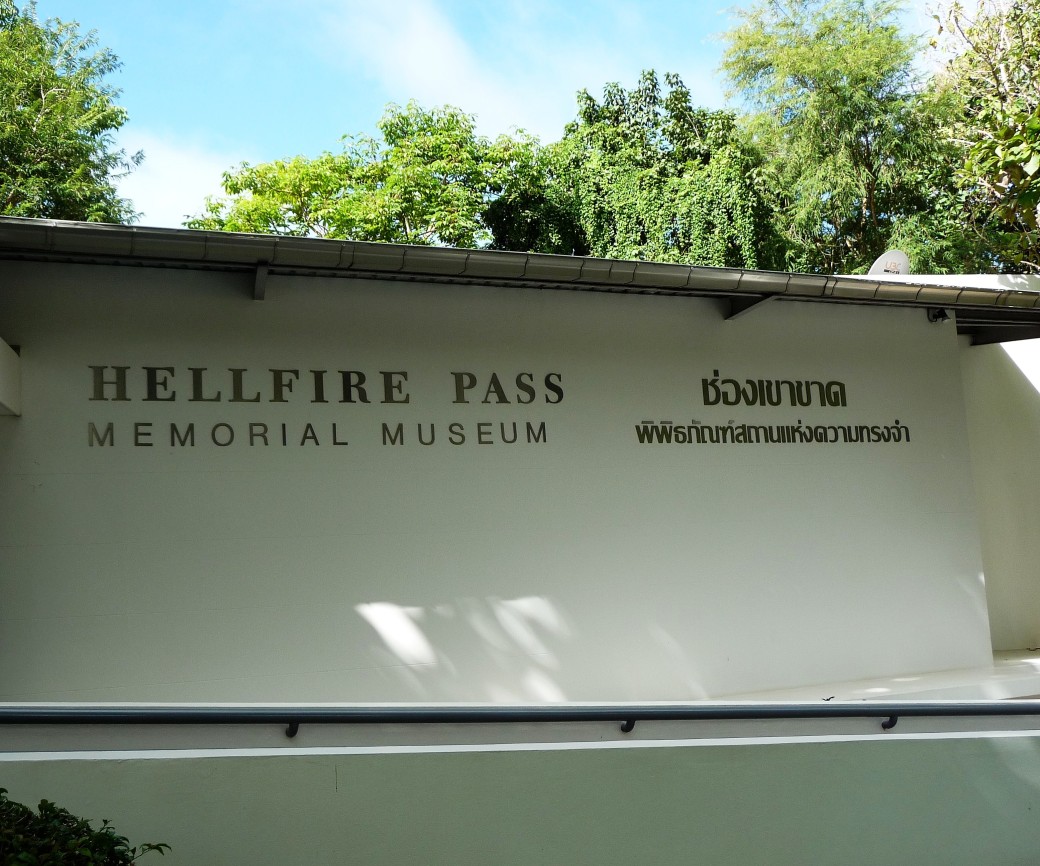 Railway sleepers are still embedded in the stony path. Majestic bamboo trees shade the track and the views of green rolling hills belie the horror from half a century before.

Along the track, others before us have remembered these brave Aussies by adorning the cutting with flags and poppies. This is the narrow track that Australians walk for the Dawn Service held here each ANZAC Day. It’s dark of course when they set out, but the track is lit from their small head torches. A lone piper stands above the track calling the mourners into a small clearing where a monument has been erected in honour of those who suffered and died. 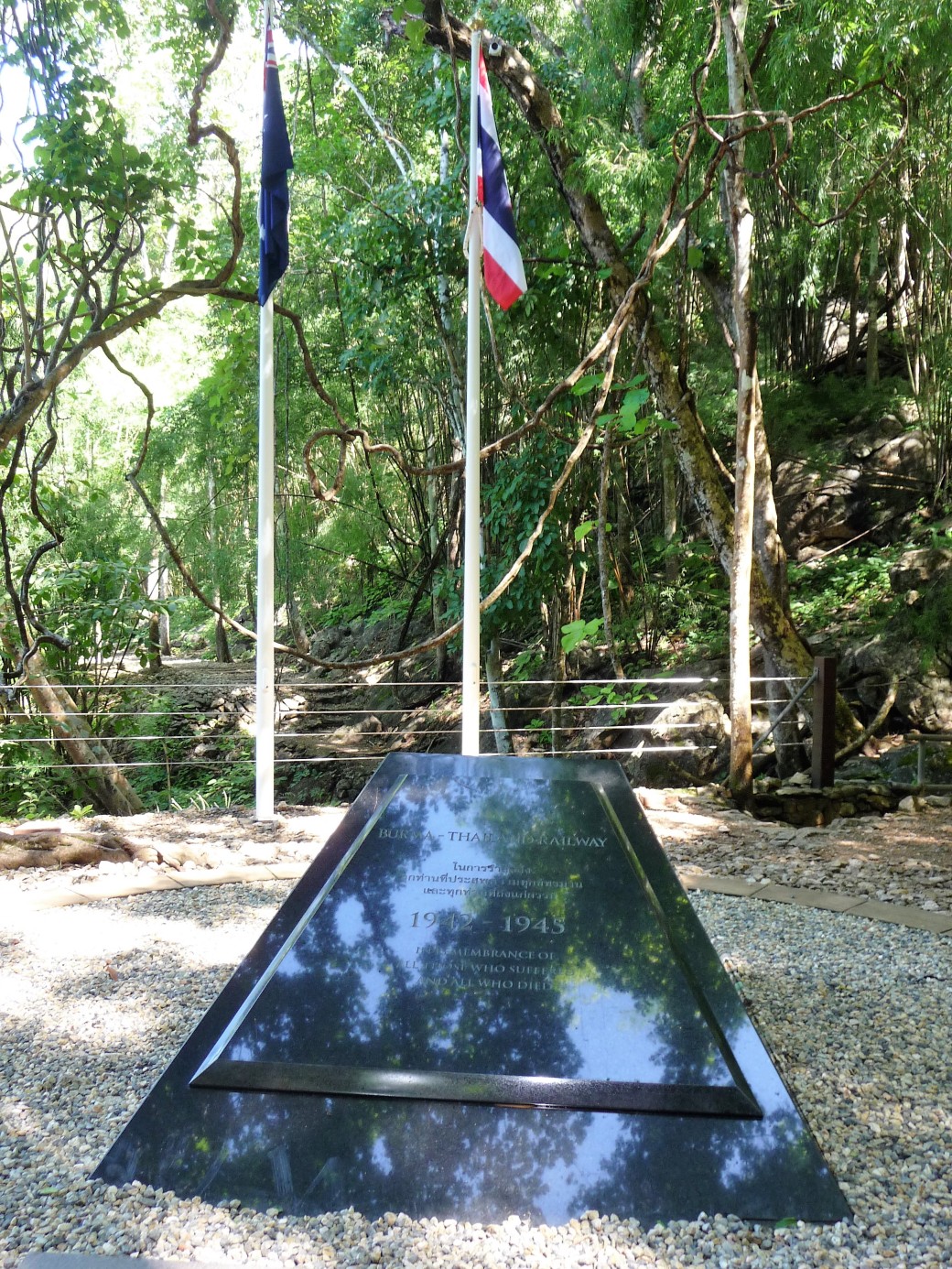 The harrowing ordeals faced by the Allied soldiers at the brutal hands of the Japanese is well documented – starvation, beatings, cholera, typhoid, malaria, dysentery, scurvy and death. In Hintok Camp, our good man, Weary Dunlop fought valiantly against harsh and punitive Japanese medical restrictions in an effort to get extra medicines and care for his weak and sick men. His autobiography should be on everyone’s reading list. So many sad stories on display here.

The Japanese achieved their goal – the ‘impossible’ rail line was built in double quick time, but at a tremendous human cost. Those who did survive, came home with excruciating health issues, often endured for the rest of their pitiful lives.

Our driver dropped us off at Nam Toc train station for the return rail trip to River Kwai. From the train window we found it difficult to associate the quiet and peaceful scenes as once brutal places of so much butchery, so much unnecessary suffering. 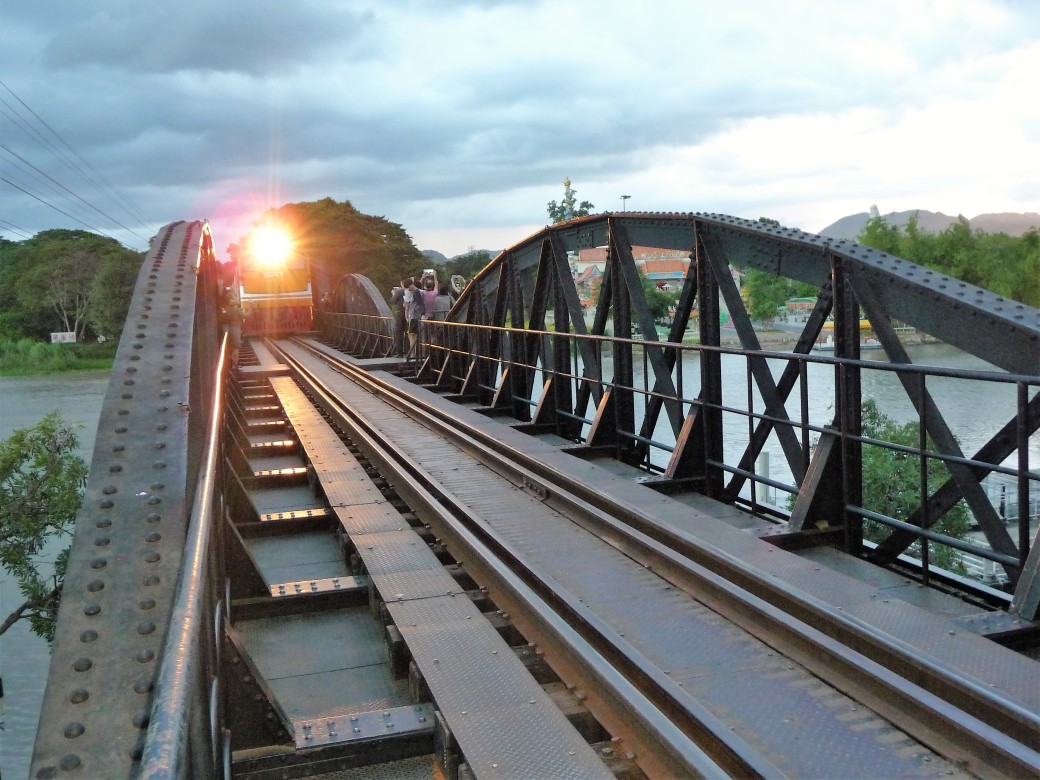 After a visit here, you gain a real understanding of the slogan that greets you at the entrance of HellFire Pass Museum. Sobering? Absolutely.

One thought on “Thailand: River Kwai”