This blog comes to you from our bnb in Banff. It’s rather cute in a cold climate sort of way – all timber, conifers and a fire. It’s 9pm, still light outside and very cold.

The road to Banff was an interesting one. After Revelstoke, we drove the Trans Canada Highway through Rogers Pass, set high at 1330 metres. The sights were spectacular. Can only imagine that the sights from the train (the rail line parallels the road) would be even better. The small towns of Golden (on Kicking Horse River – love that name) and Field are further along and so glad we took Lonely Planet’s advice and veered off the highway to see these towns.

We turned off the Trans Canada Highway, north onto Highway 93 aptly named Icefields Parkway and were treated to some simply stunning vistas; vast, white mountains, glaciers, frozen lakes and waterfalls. We found plenty of places to pull off the road, walk around and digest the views. Summer is coming and the ice is beginning to melt, yet much is still rock solid. 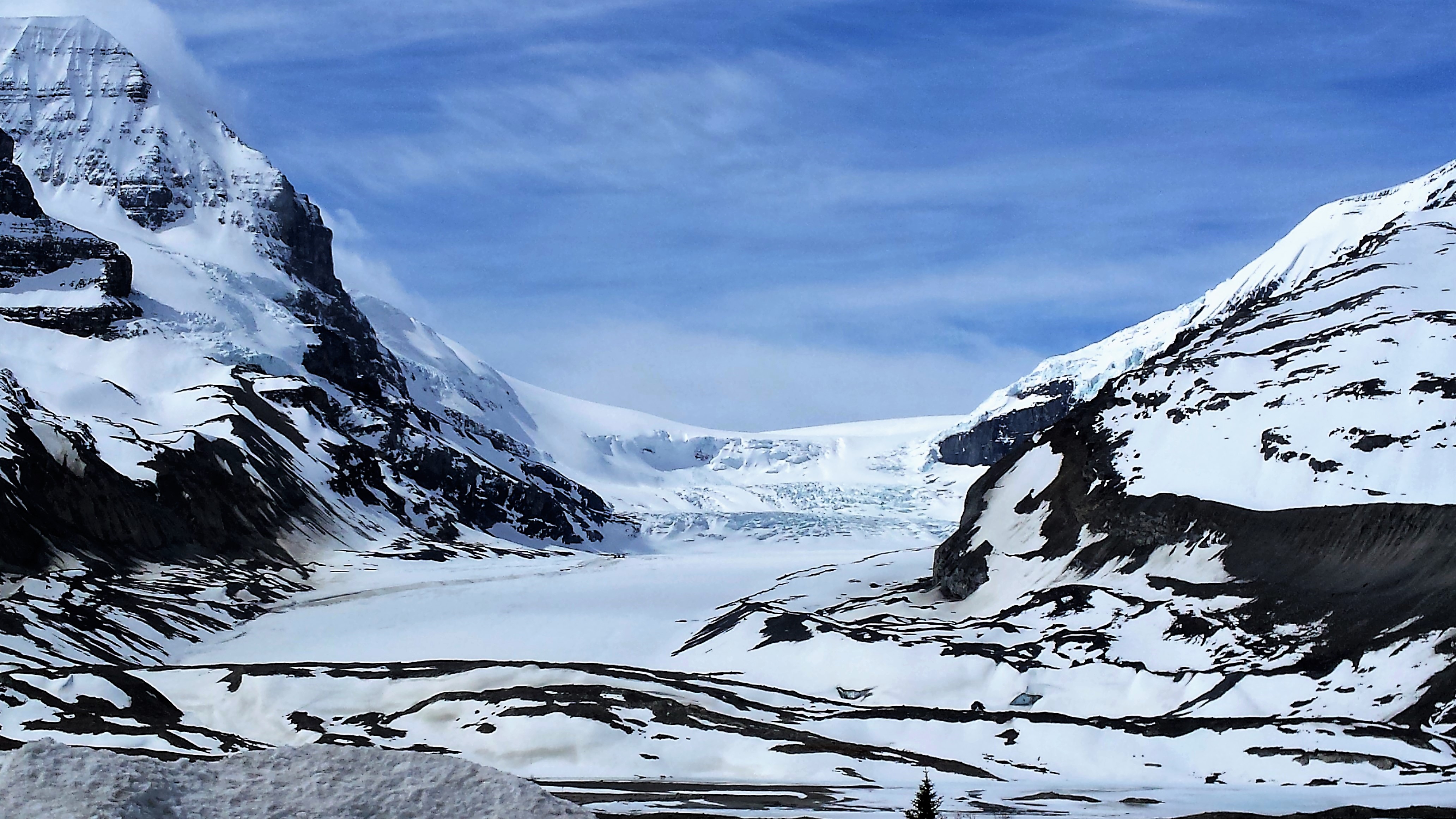 Jasper was quiet. Roads into most hiking areas are still closed and not expected to open for several weeks, so we didn’t get to do any walks. We really liked Jasper; the railway station commands central position and the town’s streets run parallel. There is a nice blend of coffee shops, cafes, pubs, gift stores and snow gear stores. 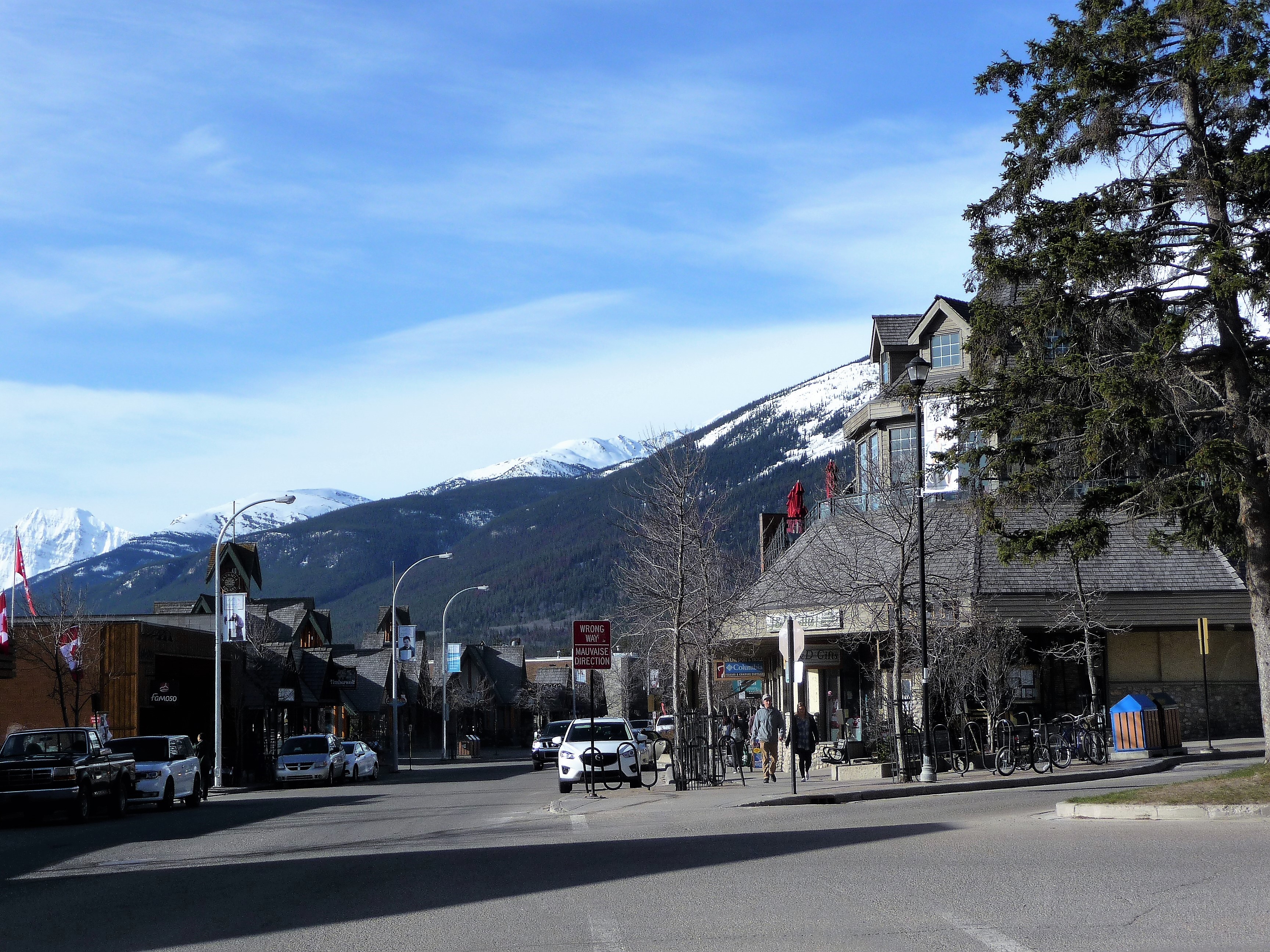 We drove the Icefields Parkway in reverse as we ventured south to Lake Louise and Banff. It  is true; the sights are very different on the return drive.

At Lake Louise, we were expecting blue waters, similar to the beautiful photos everyone is familiar with, but not to be. The lake was frozen, although there were signs of slight melting at the edges. The Fairmont takes centre stage and it is a beautiful hotel. We tried for scones and tea here, but the lineup was fierce. 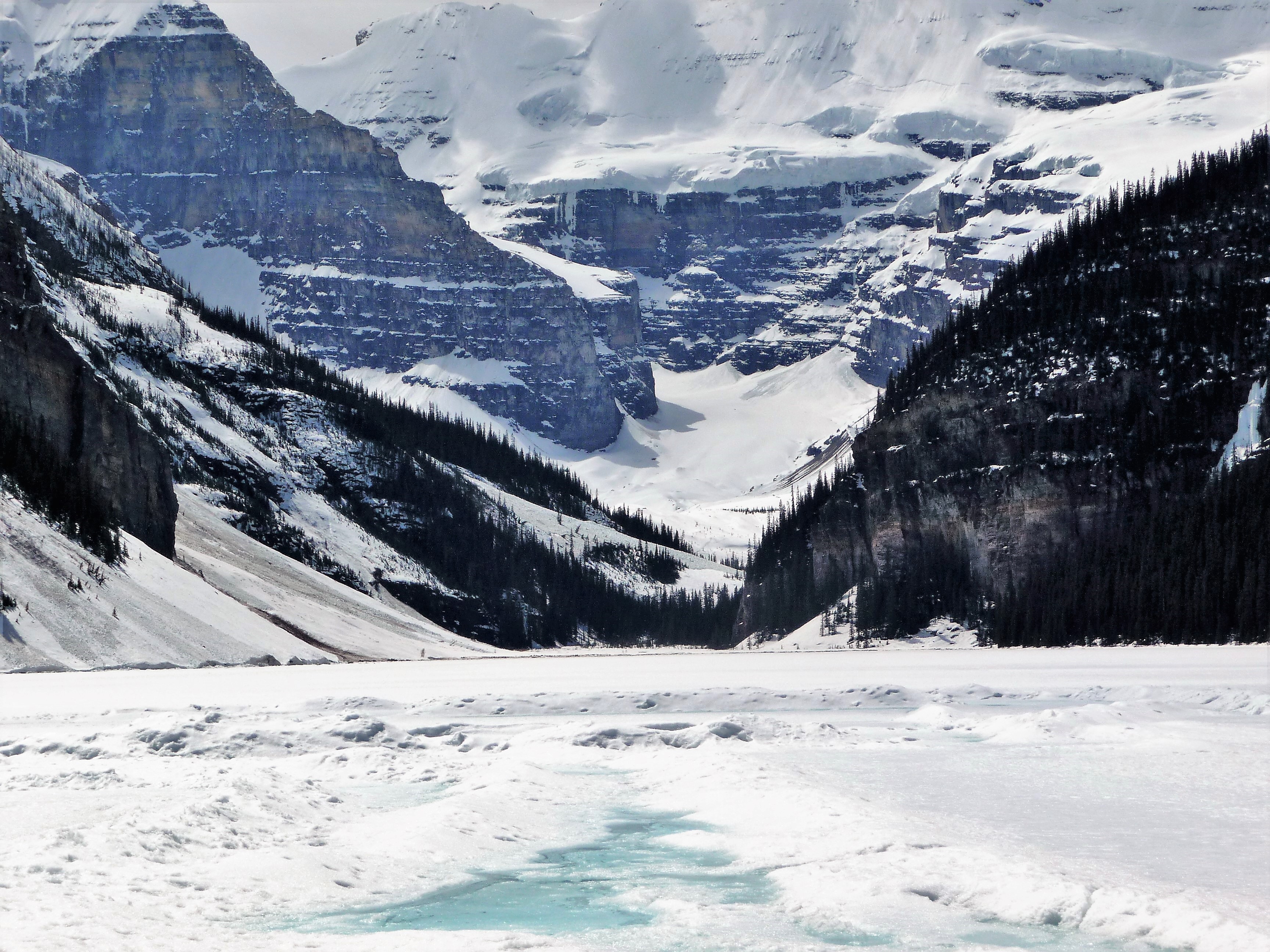 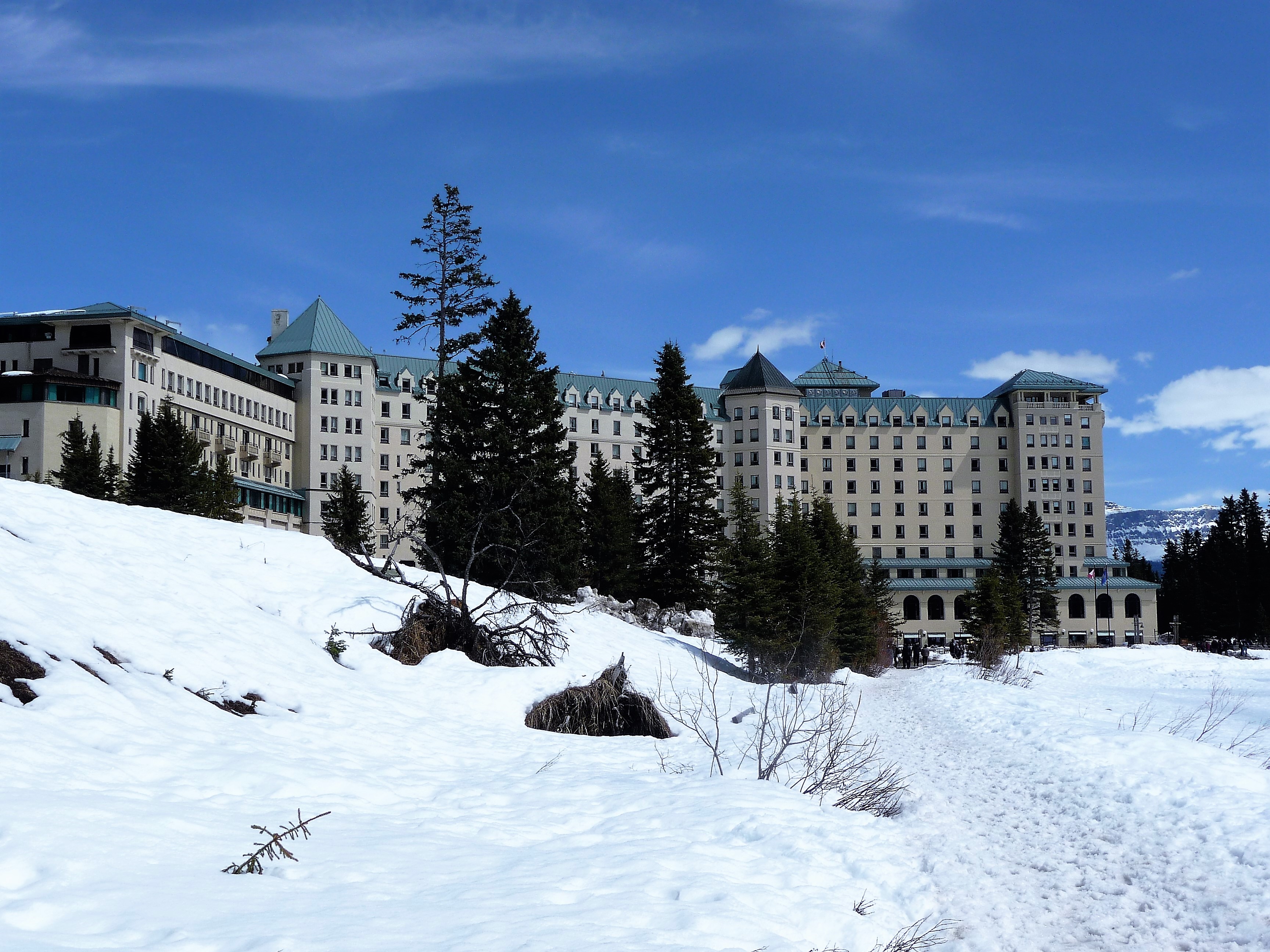 Beautiful Banff deserves its accolades. It’s a little more touristy than Jasper, but it’s also more accessible. We were one of the lucky ones who managed to avoid avalanches and closed roads along the way. Others had to drive to Edmonton and Calgary – a rather long way to get here. Banff is built for walking – there are lots of hiking trails and pretty sights to take in. 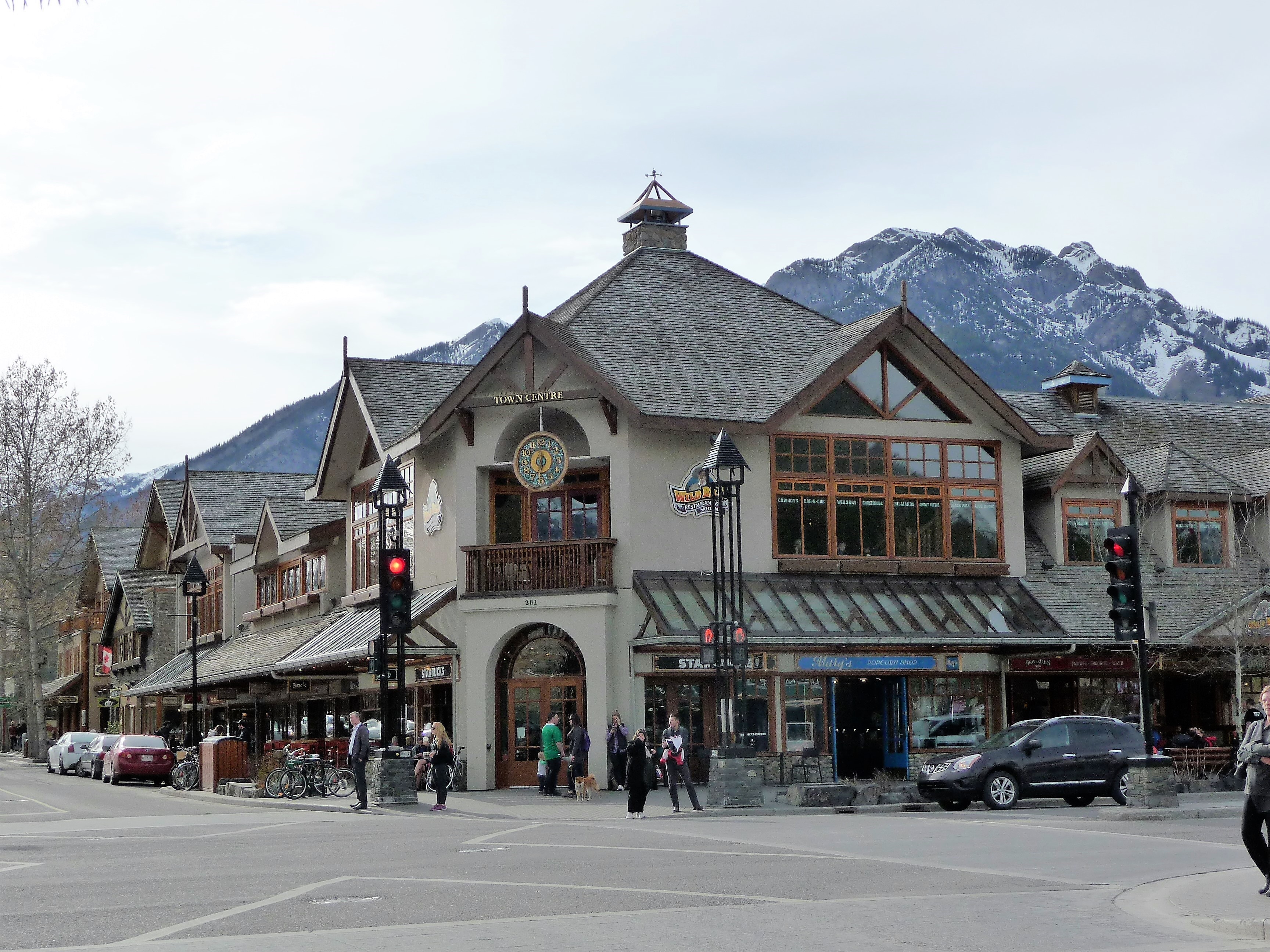 We met a number of young Australians working here. None seemed keen to return to Oz, all love the Canadian lifestyle – the people and the outdoors.

Tomorrow we drive to Calgary … maybe we might drive a bit further. Anything’s possible.

3 thoughts on “Canada: Jasper and Banff”