Bucharest was completely different to what I expected, in the best way possible. After zipping through border control on our comfortable Flix bus from Sofia Bulgaria, we arrived in the Romanian capital, a city I knew nothing about in a country I knew of only dark stuff. Think Nicolae Ceausescu’s dictatorial communist reign and Bram Stoker’s Dracula.

Bucharest, we quickly discovered is lively and caters well to tourists. The cobbled alleyways are lined with majestic buildings, outdoor cafes, bars and shops and in our three days here we ran ourselves ragged seeing some fabulous sights.

One of the first sites we sought out was Romania’s Palace of Parliament commissioned by Ceausescu. It is huge with a floor area of 365,000 square metres, 1100 rooms and is ranked as the second largest building in the world after The Pentagon. Built when the average Romanian was doing it tough with food rations, curfews, limited electricity and worse, surrendering their babies to soulless orphanages, few Romanians we spoke to seemed proud of the monolithic structure that comprises 12 floors above ground and 8 floors below. 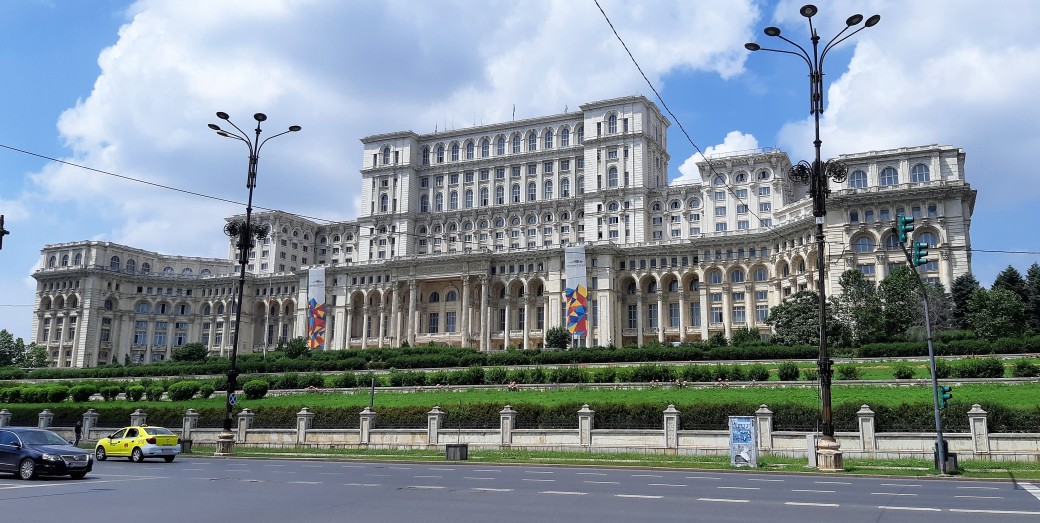 Next stop was Romania’s History Museum which deserves a few hours to soak up its mix of ancient as well as WWI history. New exhibits are underway.

Bucharest is built for walking – the terrain is flat and there’s beautiful architecture to admire at every turn. 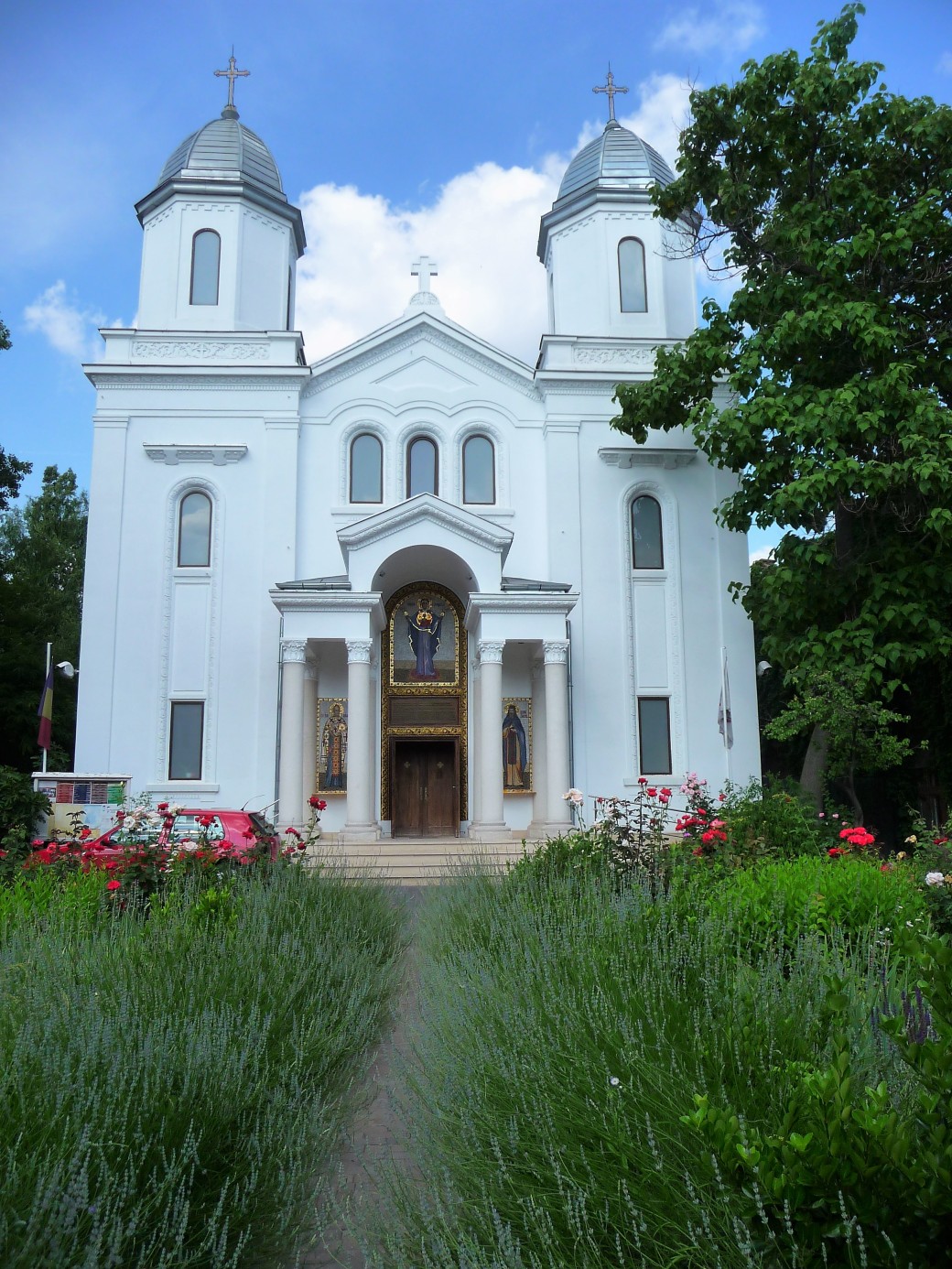 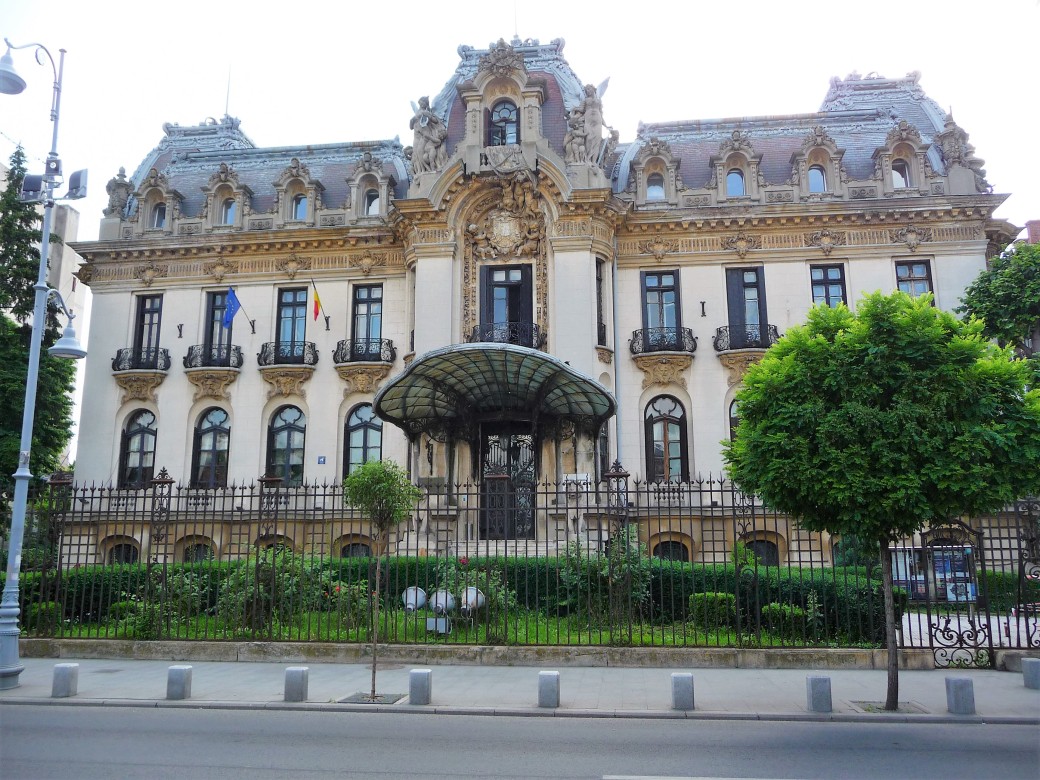 There’s an interesting French connection in Romania. The language is where I noticed it first. I could interpret a number of Romanian words, for example Gara Nord, and then, there was this building that I saw on our walk to Ceaucescu’s house. This is Manu Auschnitt House, built in the style of Louis XIV and a replica of the Rodin Museum in Paris.

Ceausescu, aided and abetted by his wife Elena, ruled Romania from 1965 to 1989 with an iron fist and plunged his people into incredible depths of despair and ruin – financially and emotionally. His house (all 170 rooms) in an affluent suburb and open to the public, is at odds with how Romanians were forced to eke out a meagre living. It reeks of grandeur, wealth and abuse of power.

The Ceaucescus were shot to death by the military and Romania began the transition to a parliamentary democracy. One of their three children is still alive. He’s 71 years old now and lives quietly in Bucharest.

Today, Romania is playing economic catch up. It’s an EU country, very much agriculturally based and poor. The minimum monthly salary is $A300, but on the flip side, unemployment is reasonably low. Education and health are valued, but there’s still much work to be done in these areas. A number of people have left Romania seeking opportunities in other EU countries.

Bucharest puts on a good show for tourists and we thoroughly enjoyed our time here. We’re in Romania for another 10 days. Tomorrow, we’re headed by train to Transilvania, where we’ll visit Brasnov, Sighiosoara, Sibiu and Timisioara.