Thriving, bustling Budapest, Hungary’s capital was a fabulous city in which to end our quick three week European holiday. We arrived by train from Bratislava after a comfortable journey of just two and a half hours.

Over 5 days, we touched the tip of the iceberg in terms of what’s here for the tourist taking. Budapest, sitting proudly on the mighty Danube River, really is an incredible city to explore.

Pictured below is the simply stunning Hungarian Parliament which took 20 years to build and was completed in 1905. The main facade fronts the Danube River and is the most photographed site in Budapest. 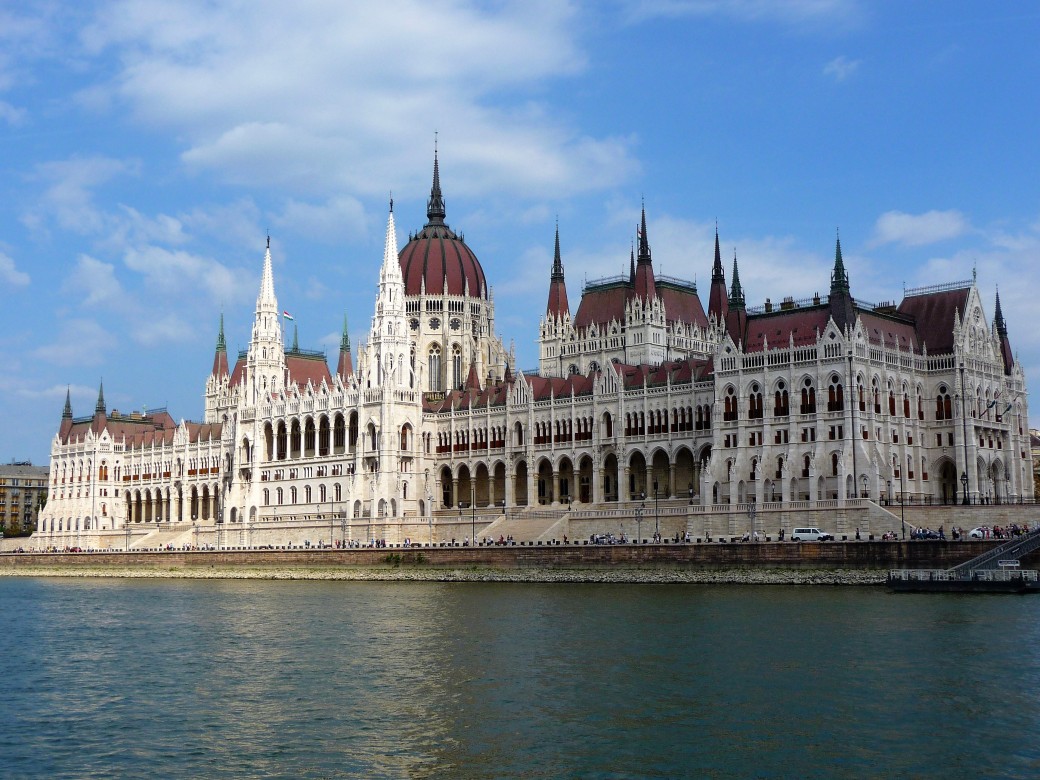 These next two photos are not mine. I borrowed them from google to show you Parliament’s rich interior. We tried to get tickets, but couldn’t. Book early is my advice if you want to get inside.

Behind the front facade is this informative memorial to the victims of the 1956 Hungarian uprising. 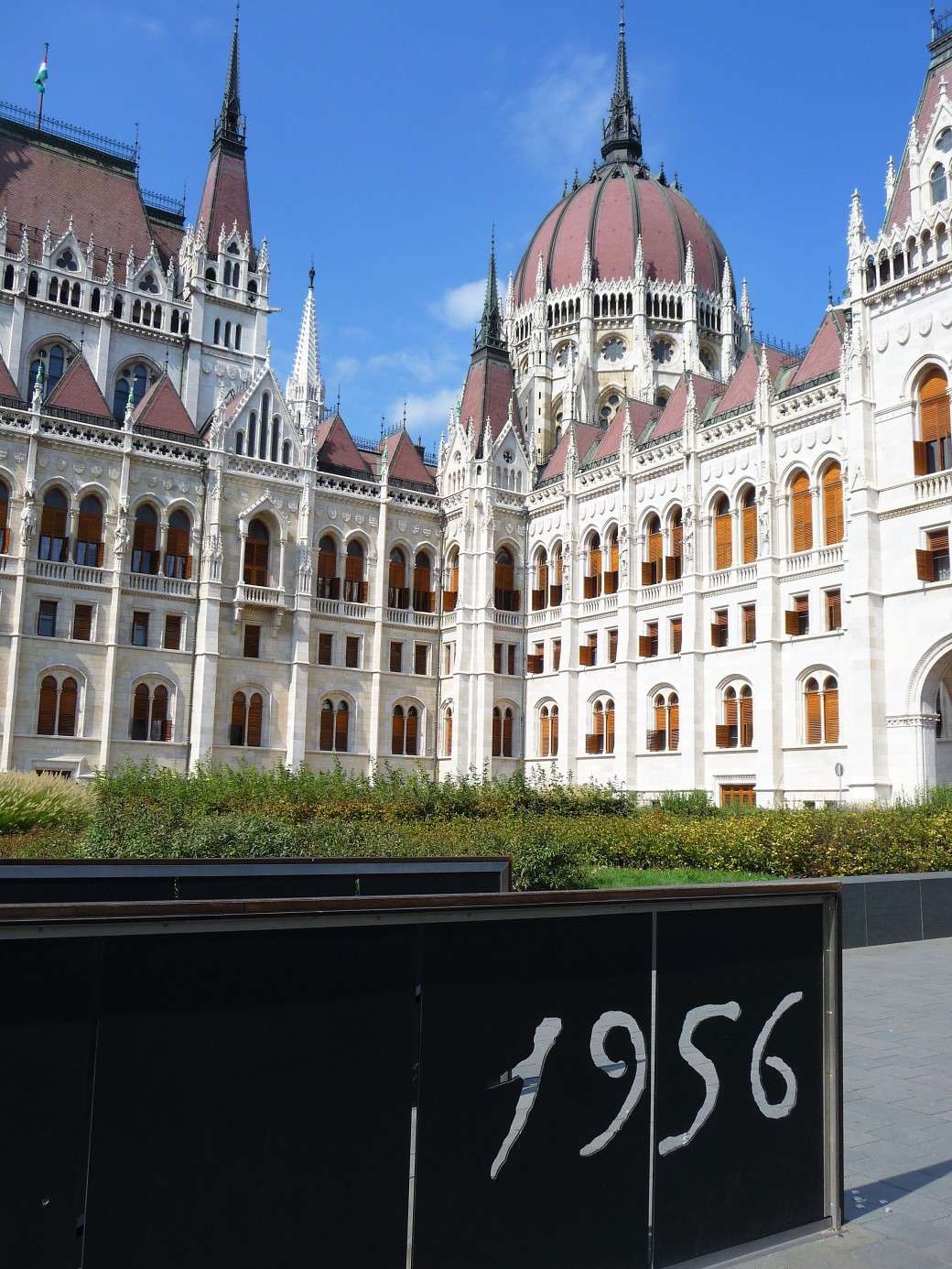 When Hungary’s alliance with Nazi Germany and Fascist Italy collapsed at the end of WWII, the Soviets invaded. In 1956, students began a revolution against strict and suppressive Soviet control and it was here in Kossuth Square that 2,500 Hungarians and 700 Soviet troops were killed in the conflict.

The conflict is particularly poignant for Australians who will remember the political ugliness of the ‘Blood in the Water’ waterpolo match of the 1956 Melbourne Olympics. This match was played between Hungary and USSR and it goes without saying that tensions between the two teams were high. A Hungarian player was smashed in the face by a player from the USSR and the pool’s waters ran bright red with the Hungarian player’s blood. Hungary went on to claim victory against USSR 4-0.

Also in Kossuth Square is the rather impressive Supreme Court. Soldiers in the foreground march around the flagpole.

Along the banks of the Danube River are these shoes which belonged to Jewish holocaust victims who were thrown into the river and perished.

The shoes are a sad and sober introduction to the Jewish Synagogue, the second largest synagogue in the world after New York’s. It’s truly impressive and the commentary provided by enthusiastic young Jewish men gives an excellent insight into their religion as well as the Hungarian holocaust. All men entering the synagogue must don a Jewish kipa. 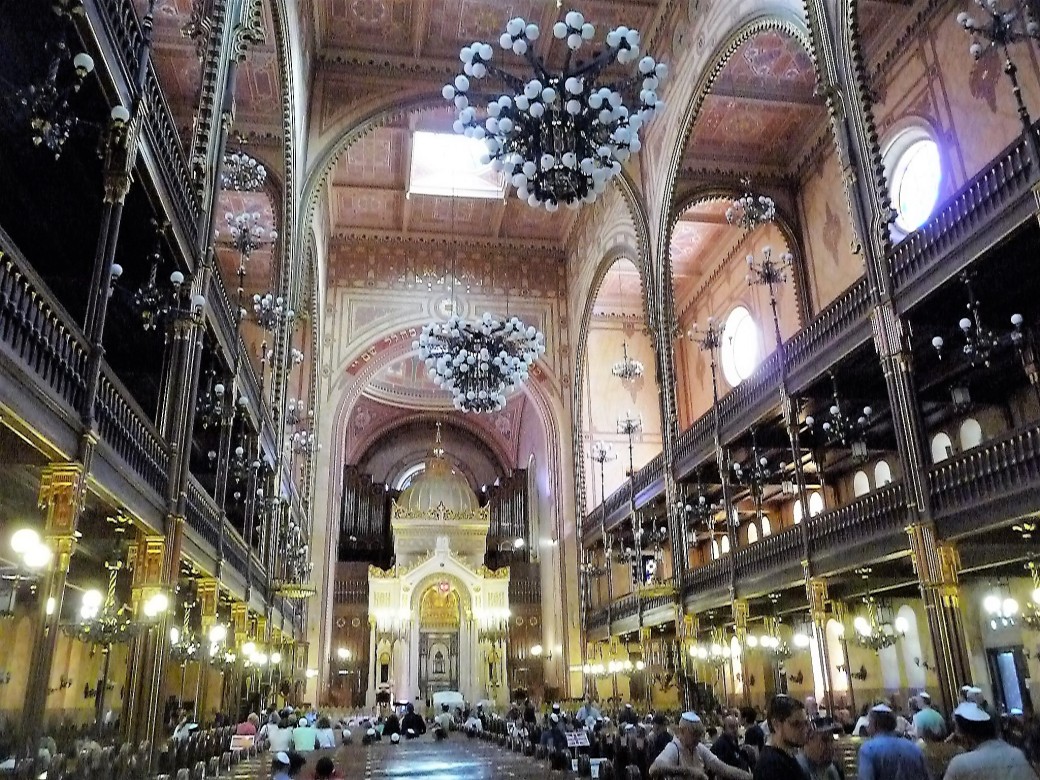 Each tiny part of the tree below holds the names of Hungarian Jews killed by the Fascists. 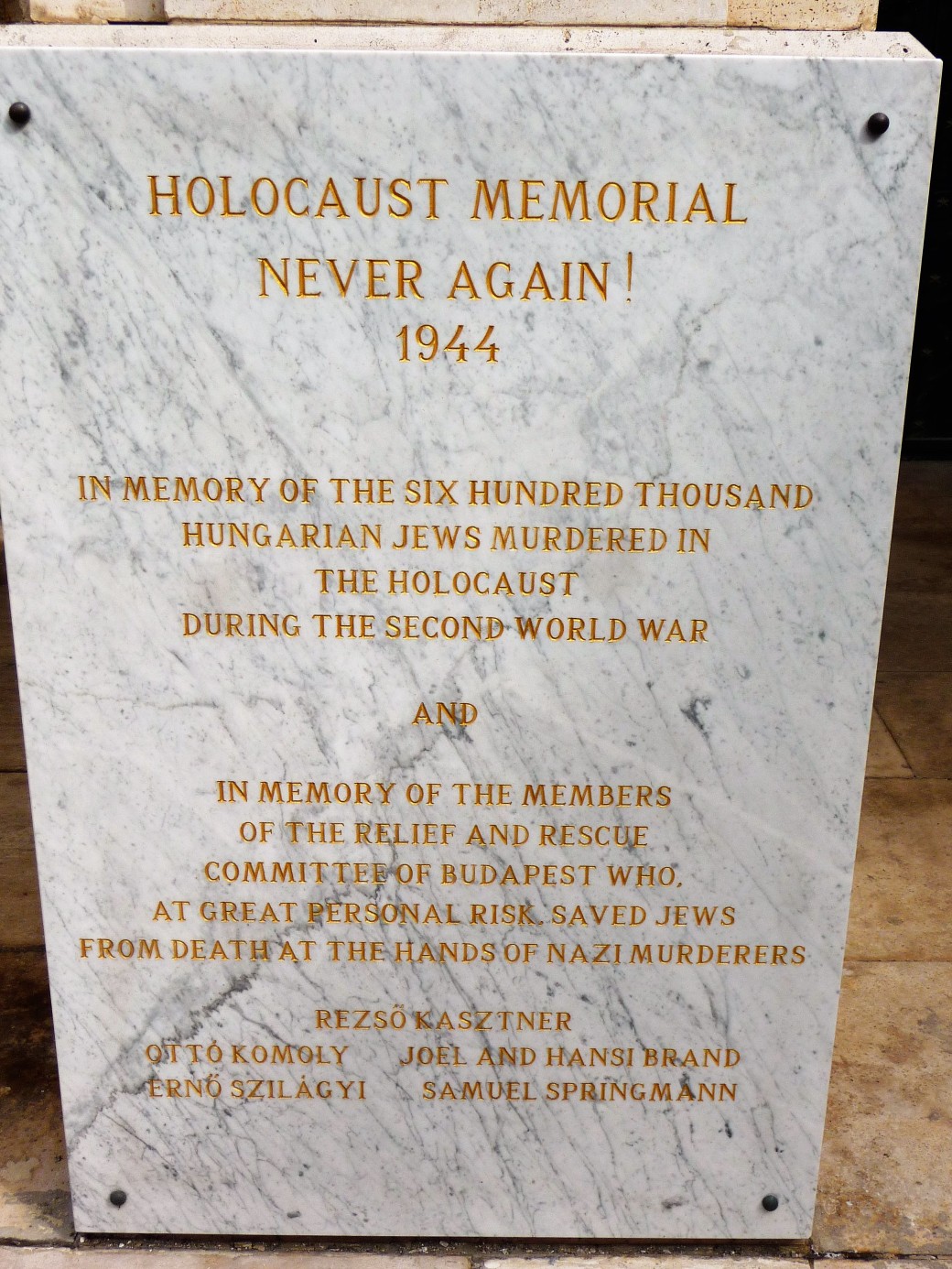 If you’re hankering for a coffee, then the New York Cafe – the most beautiful cafe in the world – is a fine place to have one. Built in 1894 and completely restored in 2006, it is grand with its art work and furniture.

Great Market Hall built in 1897 is huge and a most interesting place to explore for its fresh food, wines and to soak up the frenetic pace of a good food market.

Stately buildings abound in Budapest like the Opera House. 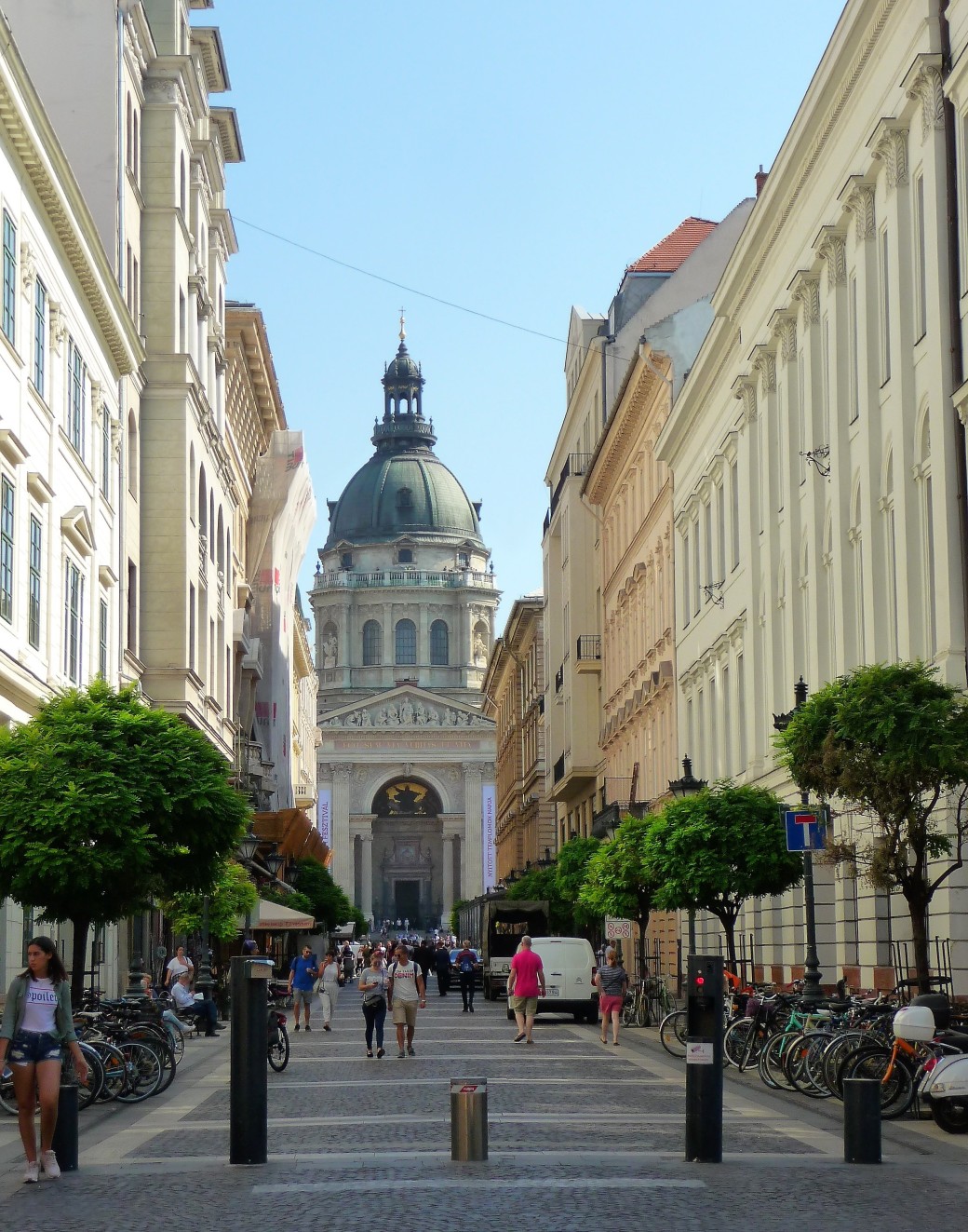 Statues and gardens grace this building.

Ruin bars are popping up in abandoned factories in Budapest’s Old Town and they really are a lot of fun. This one is Szimpla Kert, the original ruin bar. It features bits and pieces of all sorts of things cobbled together to create a shabby chic, funky look throughout their rooms. The music is good, the beer is cold and the atmosphere is nice and easy. 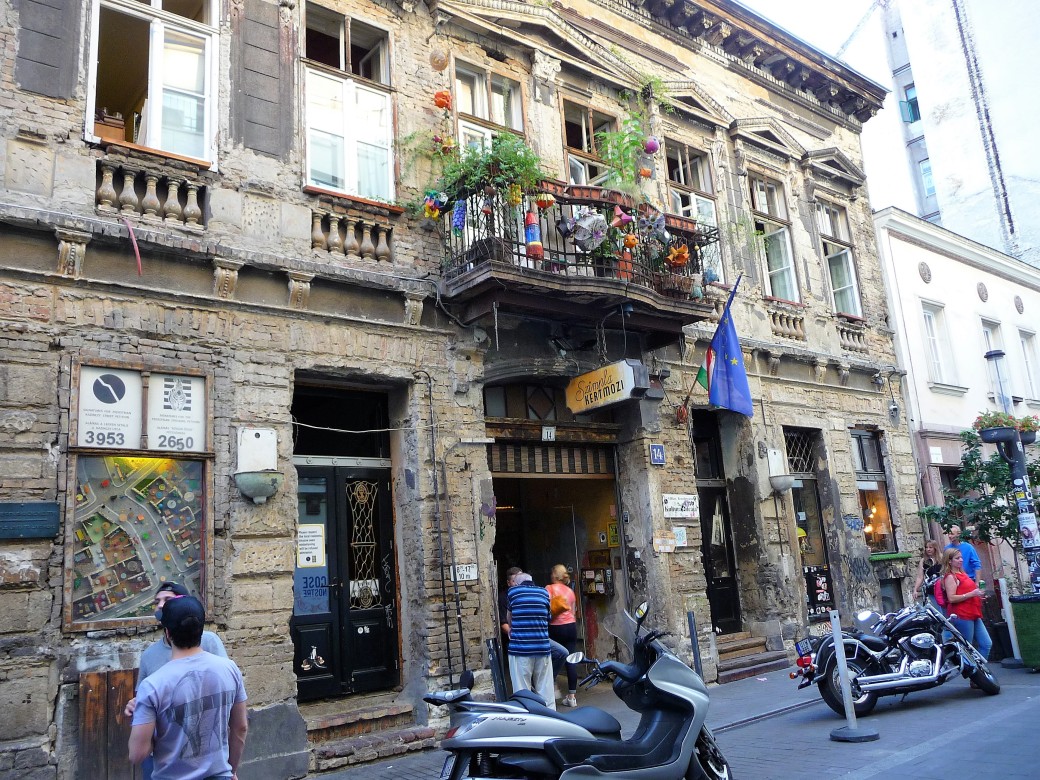 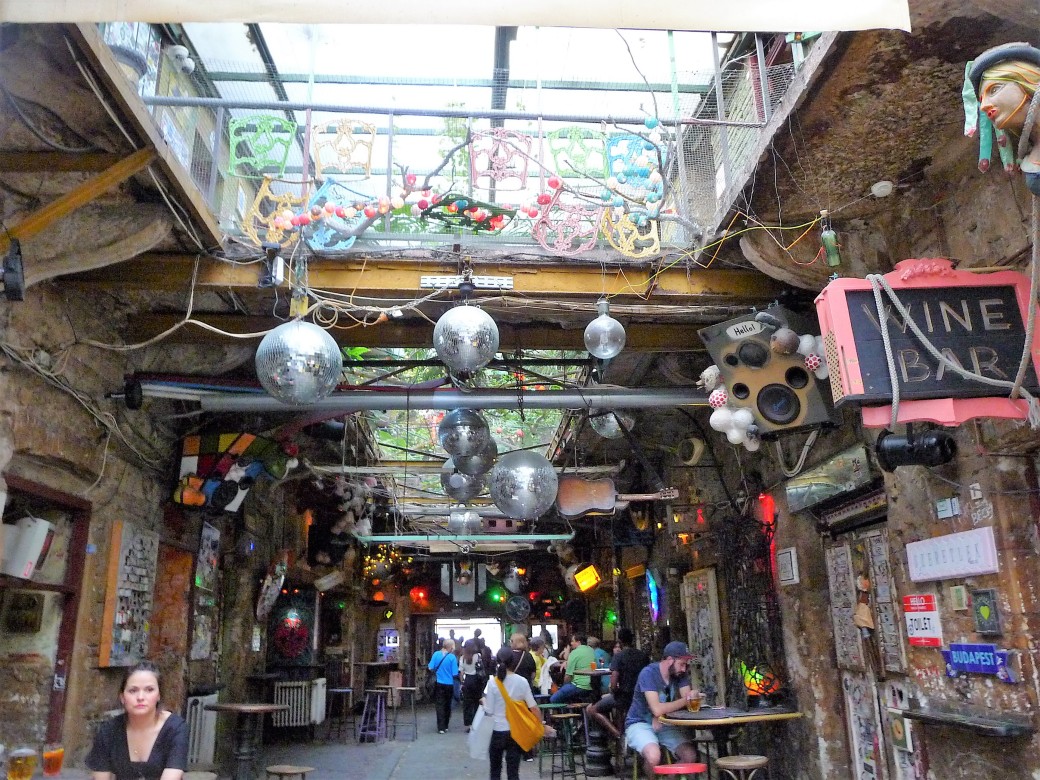 We also enjoyed some laid back drinking and eating at outdoor places like this.

UNESCO World Heritage site Heroes Square honours the seven leaders of the seven Hungarian tribes from around the year AD 896. It’s an impressive site which also plays host to the Museum of Fine Arts and the Palace of Art.

Behind Heroes Square is City Park, a spacious area with an artificial lake (which becomes an ice skating rink in winter), Gothic castle, Budapest Zoo and Amusement Park. Lots to do here. 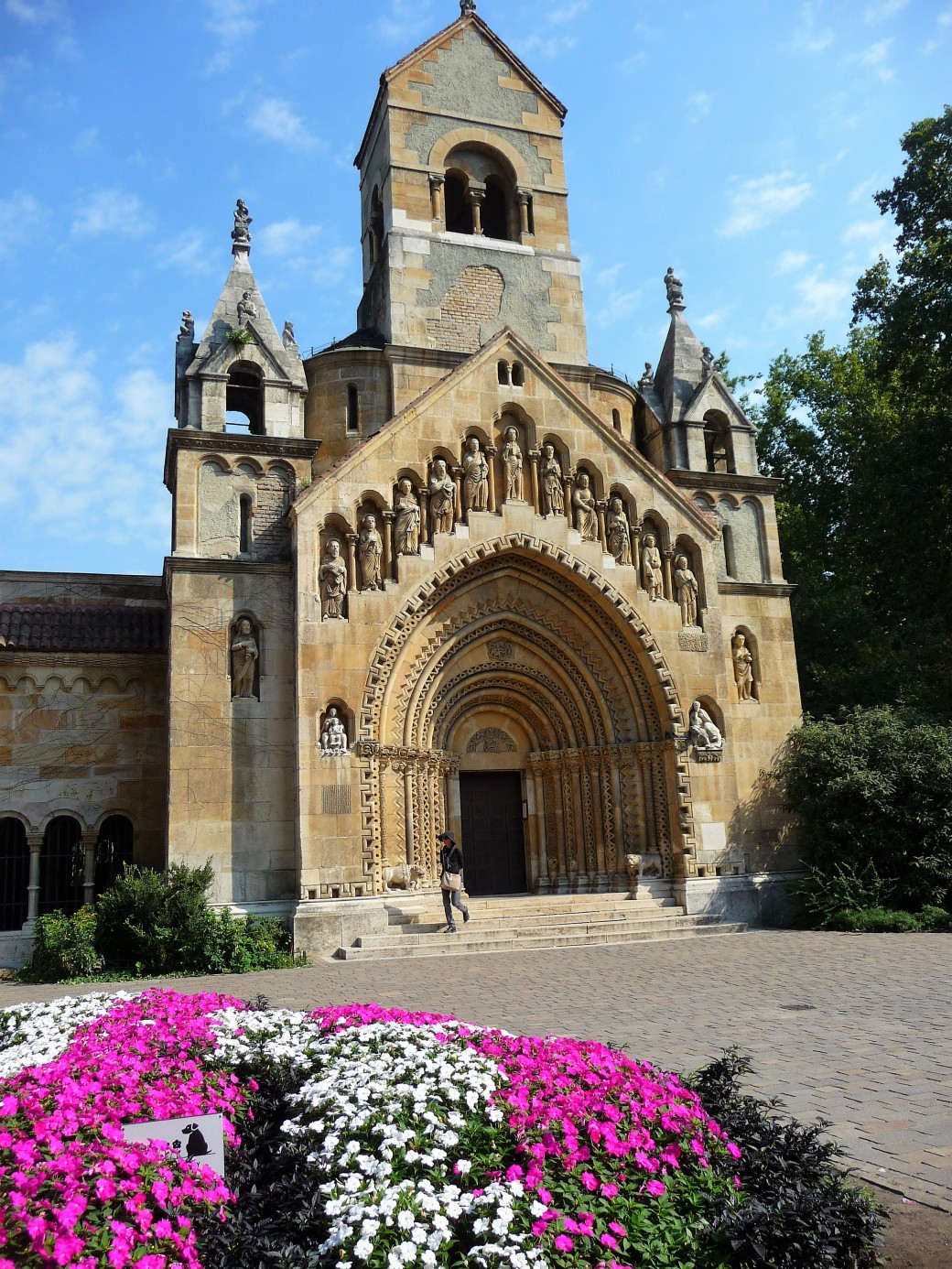 Located in City Park are the famous Szechenyi Medicinal Baths where people have been immersing themselves in its healing waters for years. There are outdoor and indoor pools. The hot waters are spring fed and rich in calcium and magnesium.

Beautiful art work at the entry of the baths. 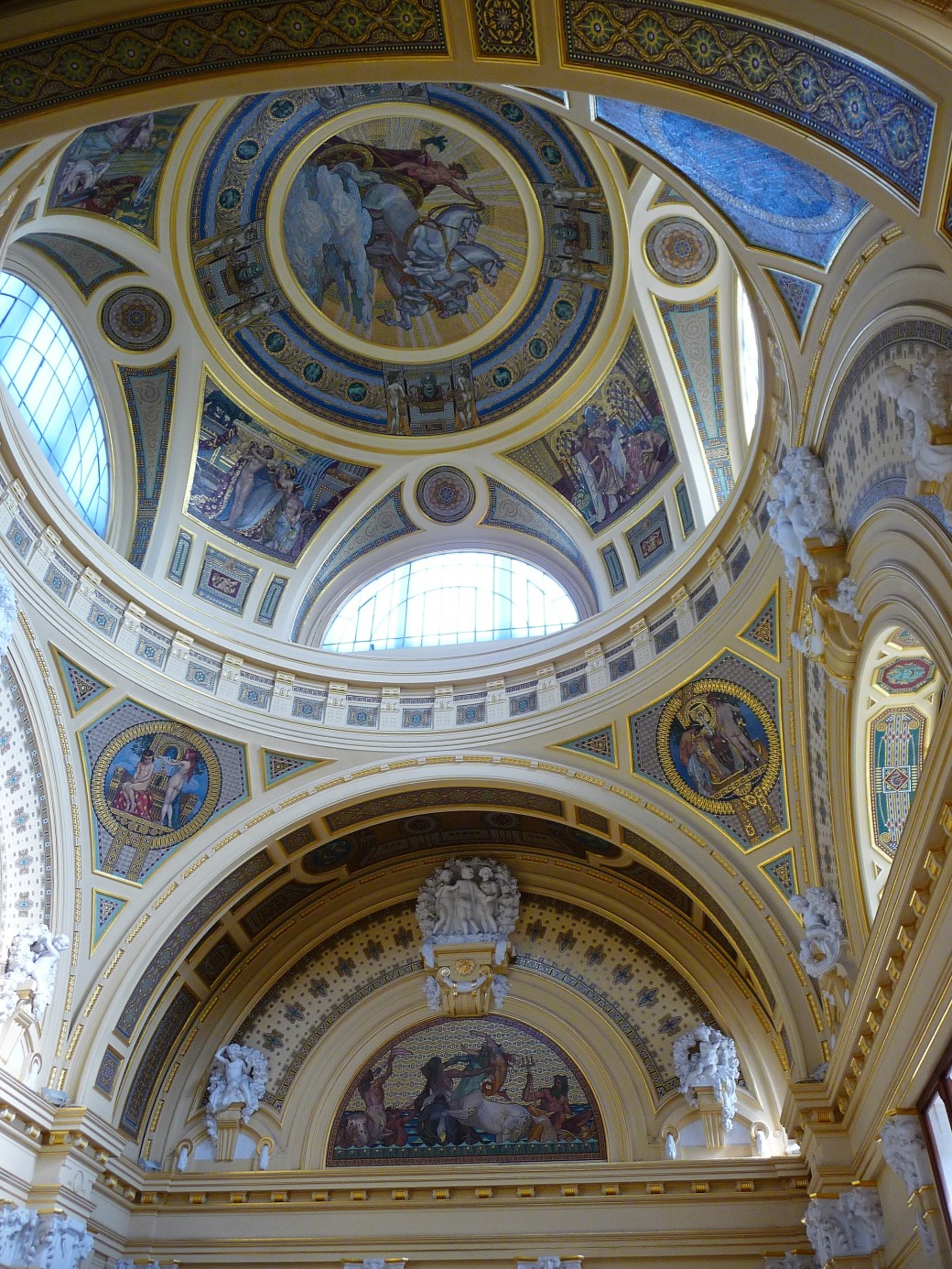 Crossing from the Pest side to Buda is easy via a number of bridges. This photo is of the famous Chain Bridge.

Other bridges span the Danube. 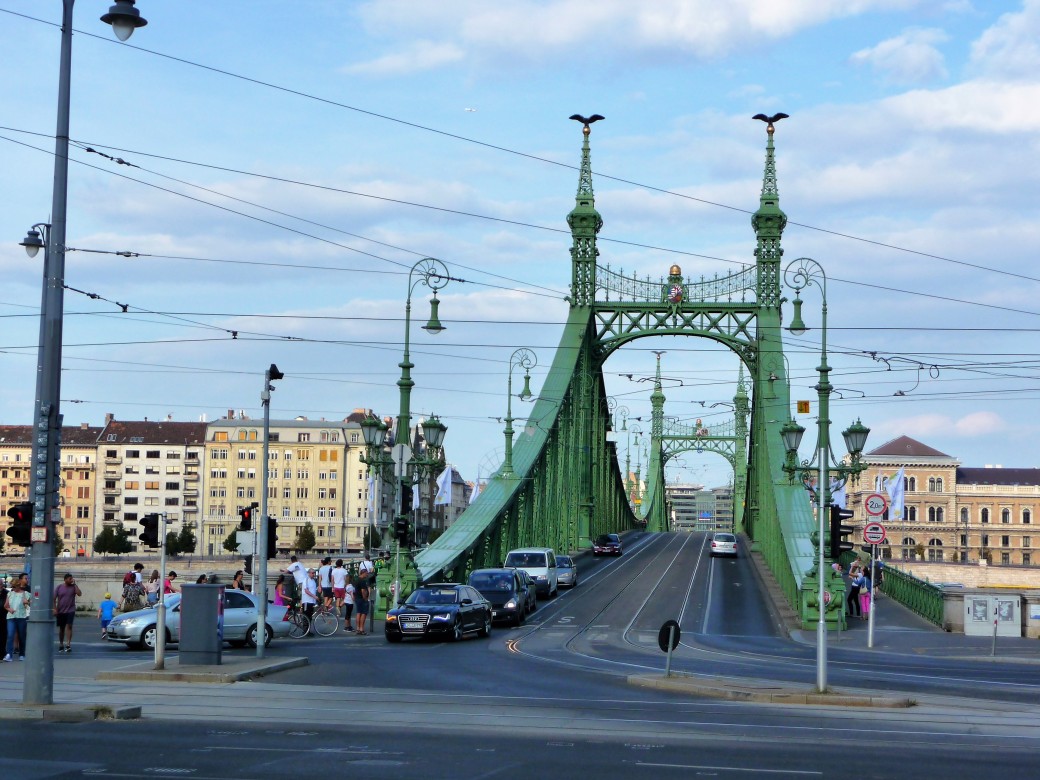 On the Buda side is Buda Castle, home to Hungarian kings from 1285. The Hungarian National Gallery and The Budapest History Museum are found here. 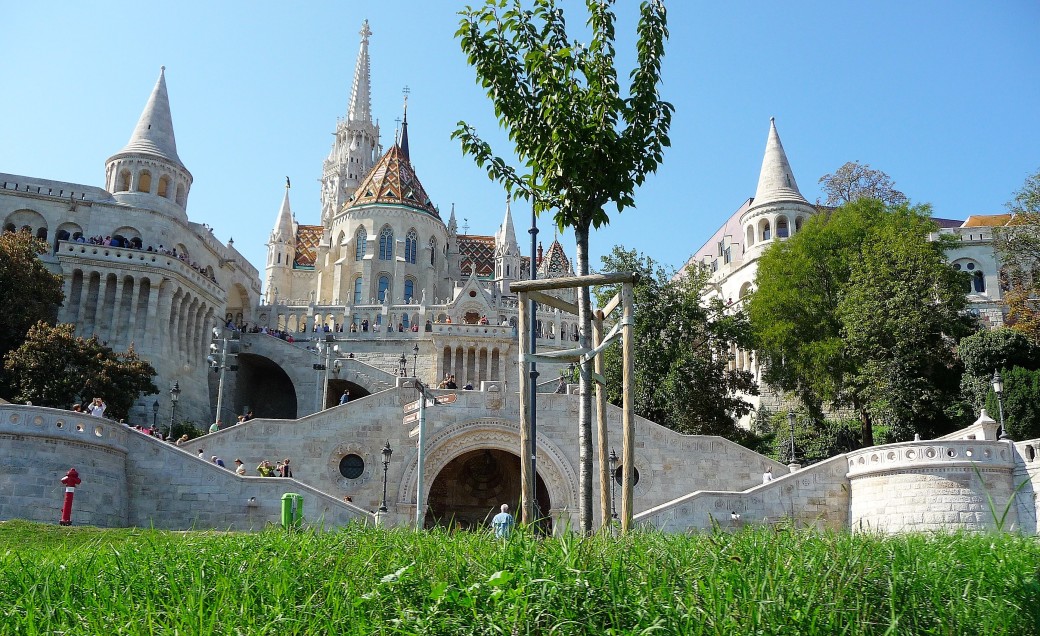 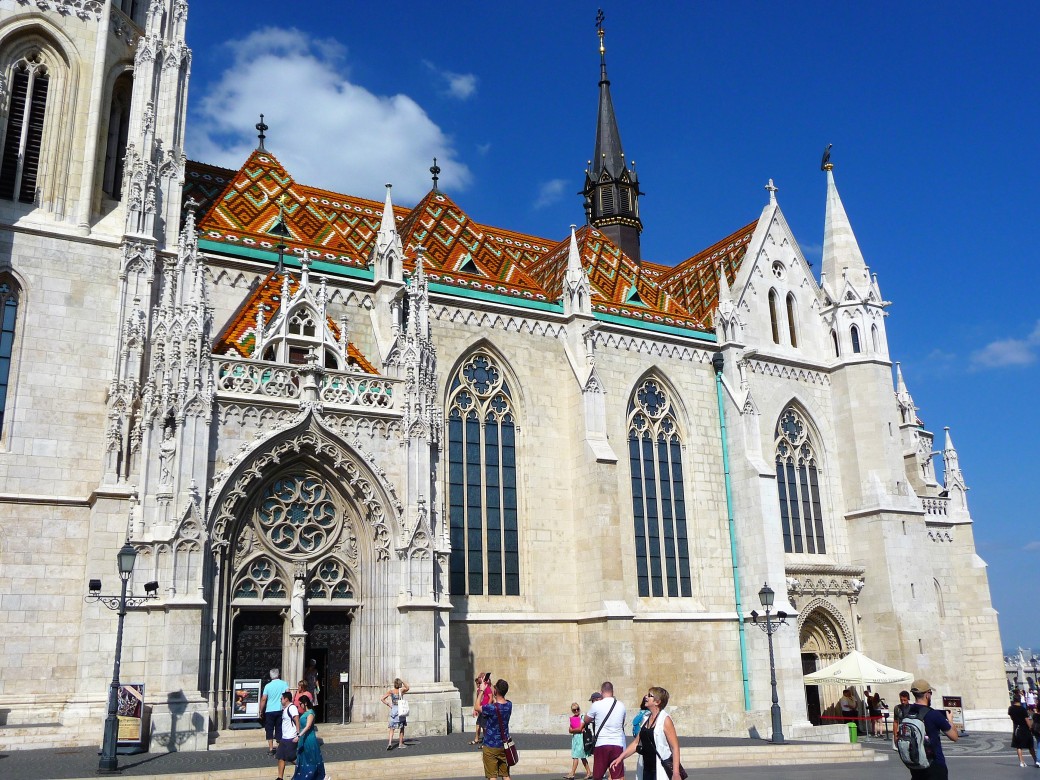 Near Matthias Church is the oldest cafe in Budapest 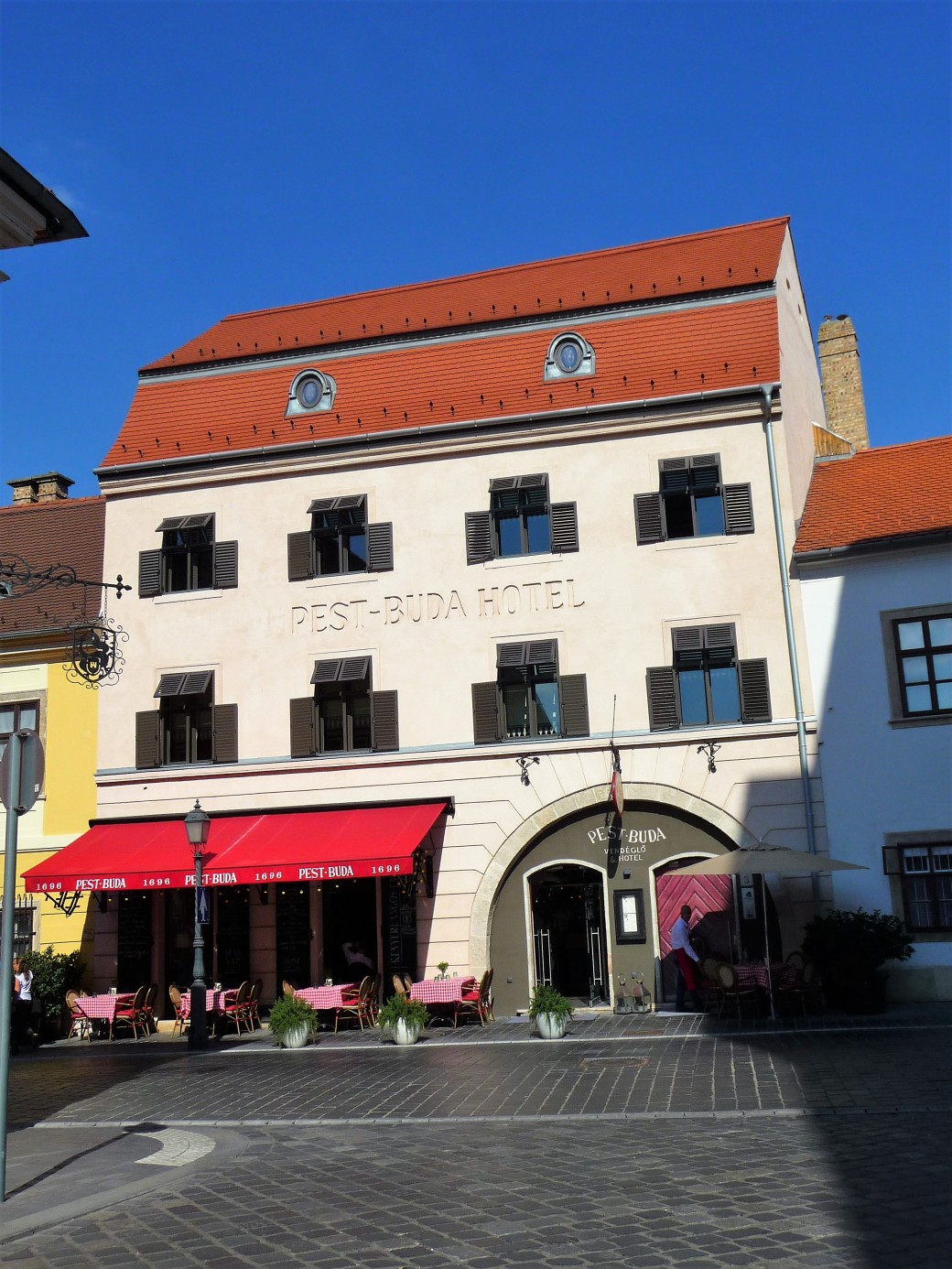 as well as this beautiful old world hotel

and these photo fodder buildings. 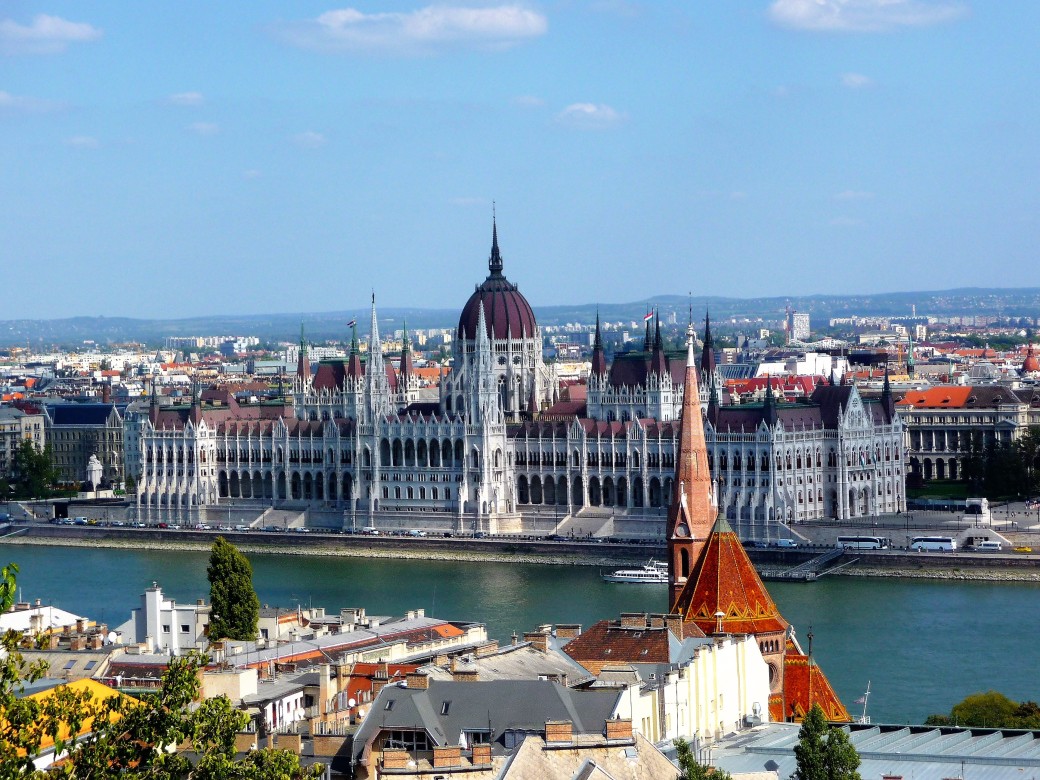 On the Buda side lie the Gellert Baths and they are beautiful. Steeped in history, the baths opened in 1918. The thermal waters are hot. We sat in one bath that was set at 40 degrees. 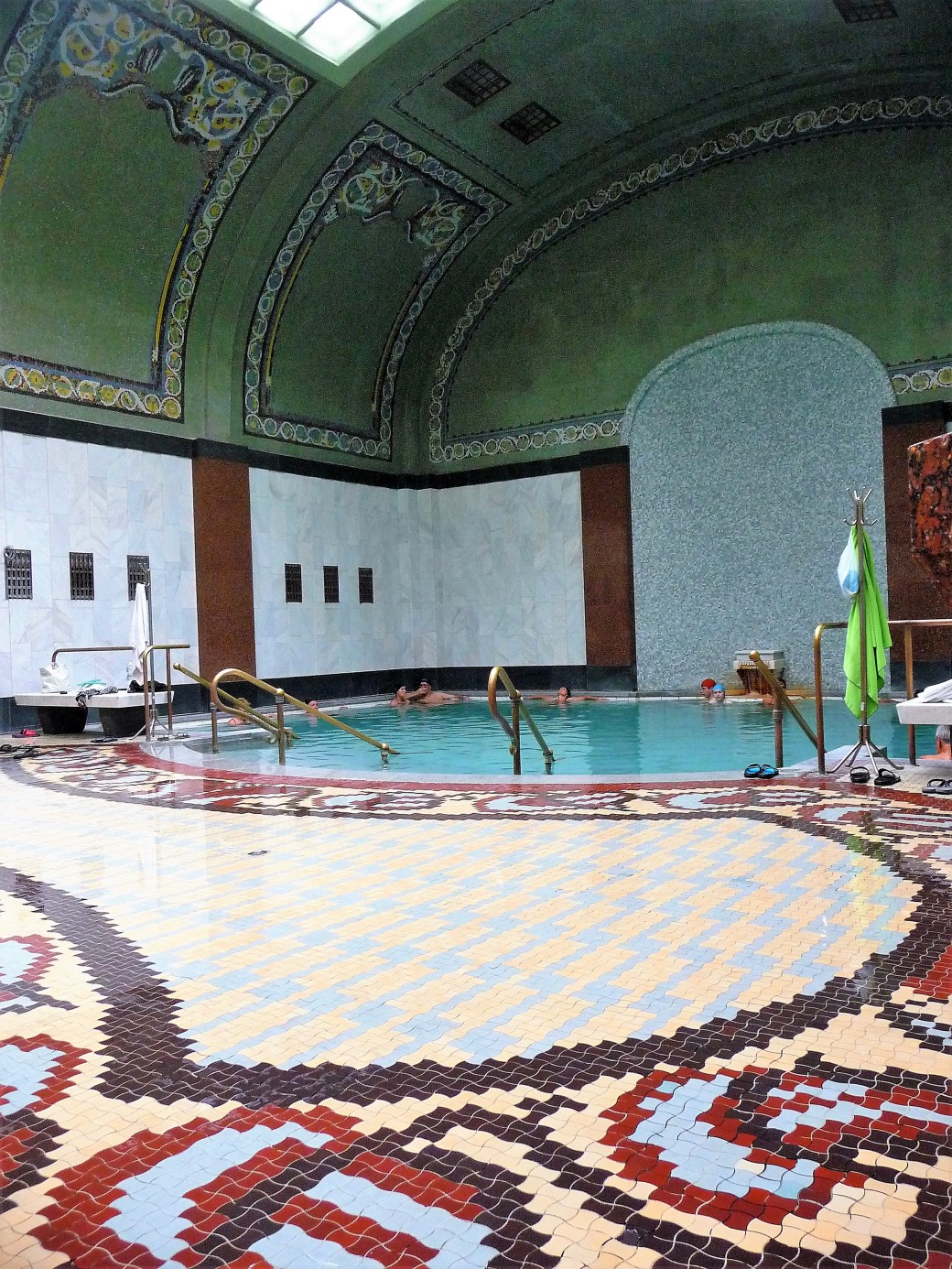 Back on the Pest side we found lots of nice cafes serving good strong coffee.

Now this was an interesting find. It’s no secret that I’m a bit of a Shakespeare tragic, so when I stumbled upon his statue – near Starbucks of all places – I couldn’t help but read the caption underneath. While the writing is slightly weathered, it’s easy enough to decipher the statue’s link to Australia. 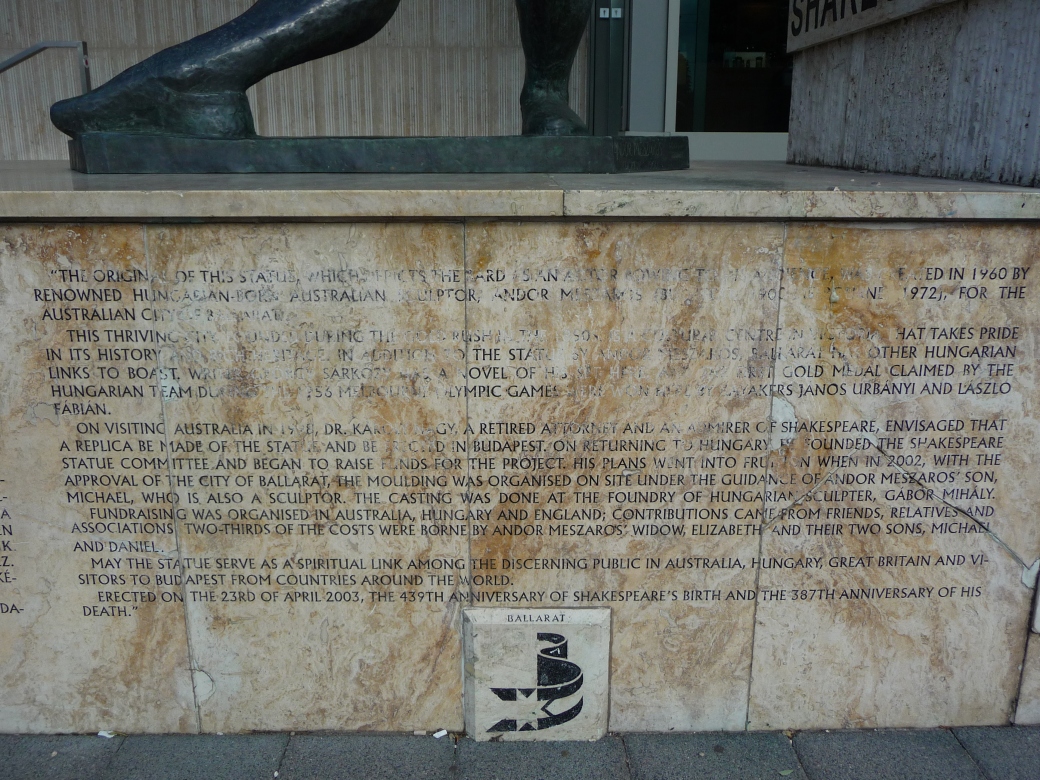 Budapest certainly lives up to its title as one of Europe’s most liveable cities. It’s an easy city to walk around, there’s much to see and do, lots of history to digest and plenty of great cafes, restaurants and bars in which to eat and drink. Dedicate quite a few days though to explore this great city. I needed a month here!

One thought on “Hungary: Budapest”