The Baltic states of Estonia, Latvia and Lithuania had been on our travel radar for a while and with Tallinn a short 5 hour Ecolines bus ride from Saint Petersburg, it was very doable.

Dubbed by Lonely Planet as the best value destination for 2018, Tallinn is also UNESCO listed as Europe’s best preserved medieval town. And, its narrow winding cobbled streets lined with lovely buildings, churches and cute cafes are simply delightful. Tallinn is postcard pretty and it’s easy to understand why Europeans have been attracted to this city for quite a while. For 4 glorious nights, we soaked up the sights, the history and ate and drank to our heart’s content here in ‘Tallinn heaven’.

Town Hall Square dominates the Old Town and a number of streets fan out from here. It’s a fabulous town to walk around. 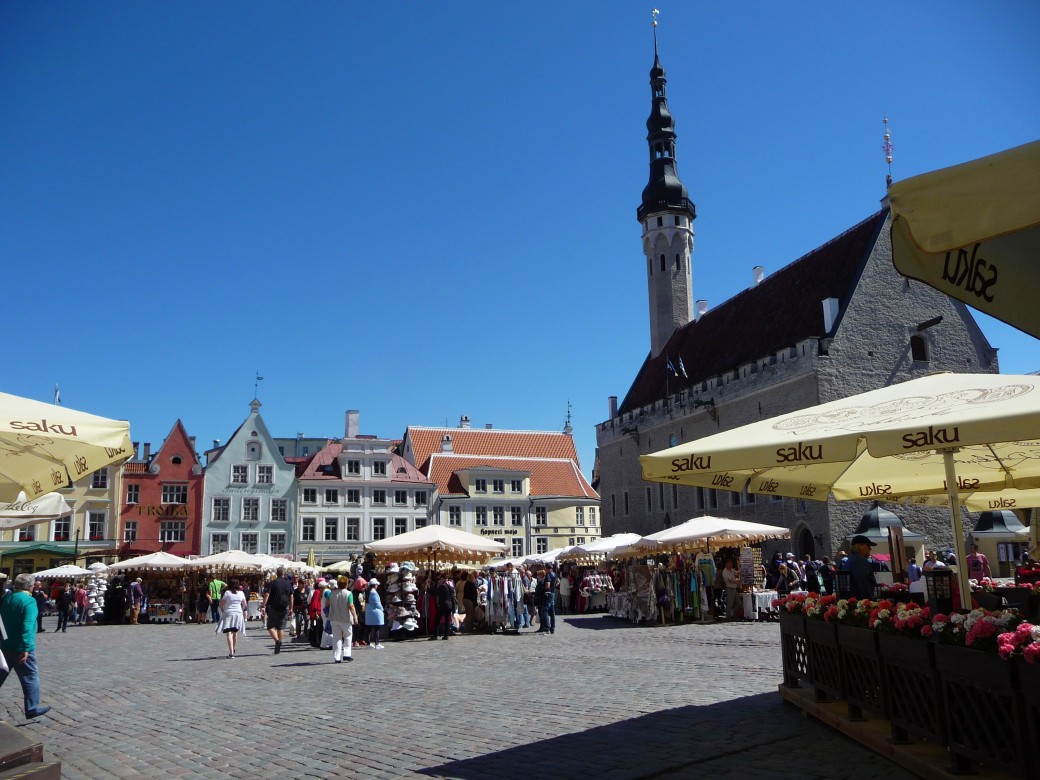 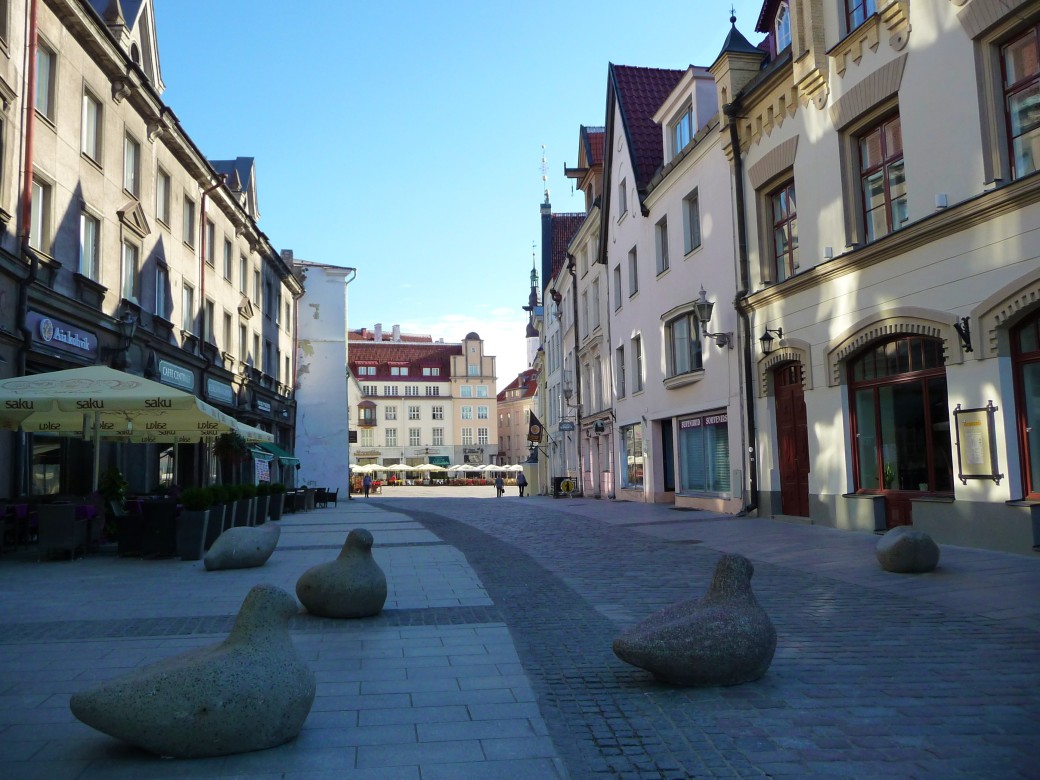 The buildings have interesting features. 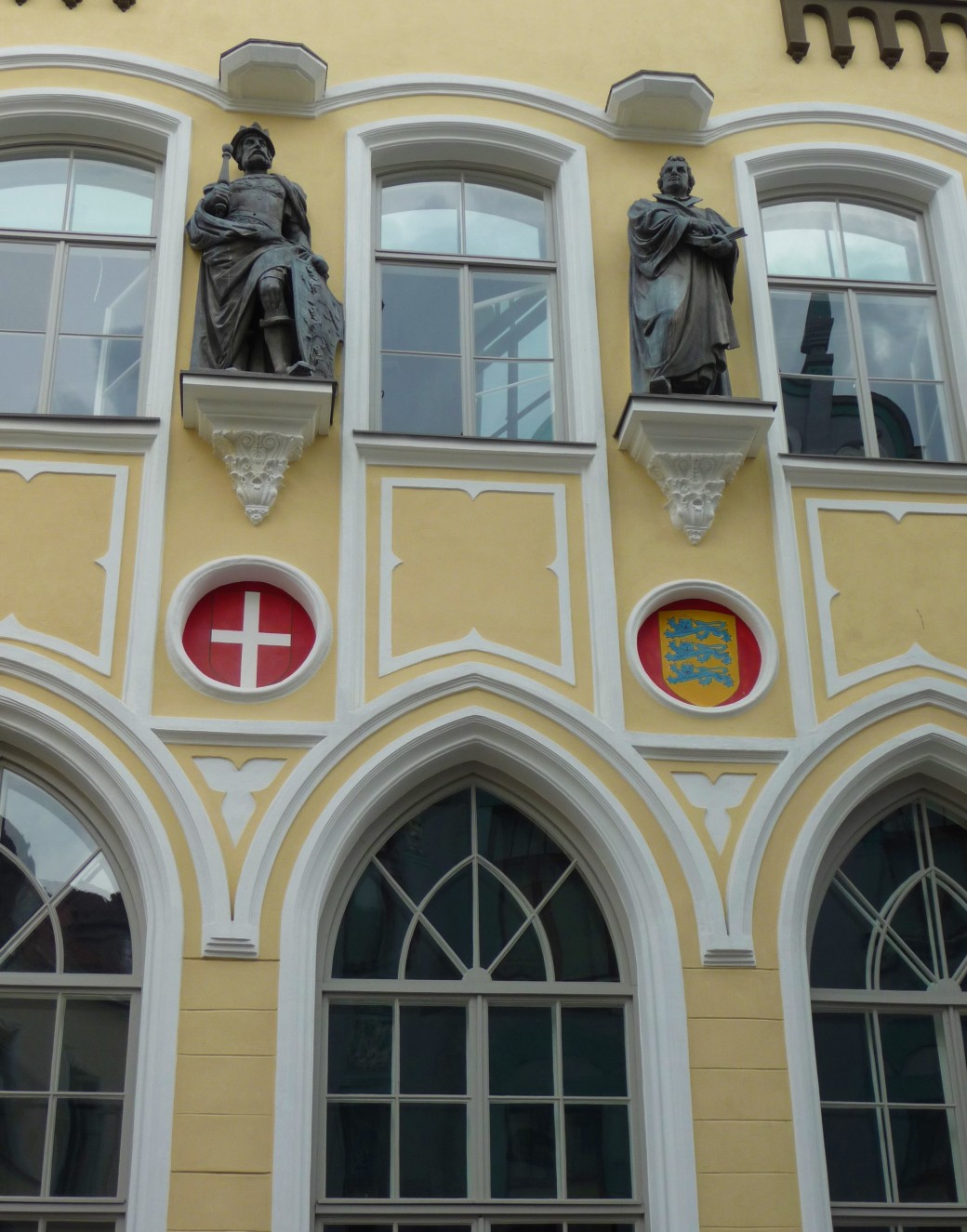 This is the oldest cafe in Tallinn and dates back to 1864. The interior has not changed in over a century. The famed marzipan shop is attached to the cafe. 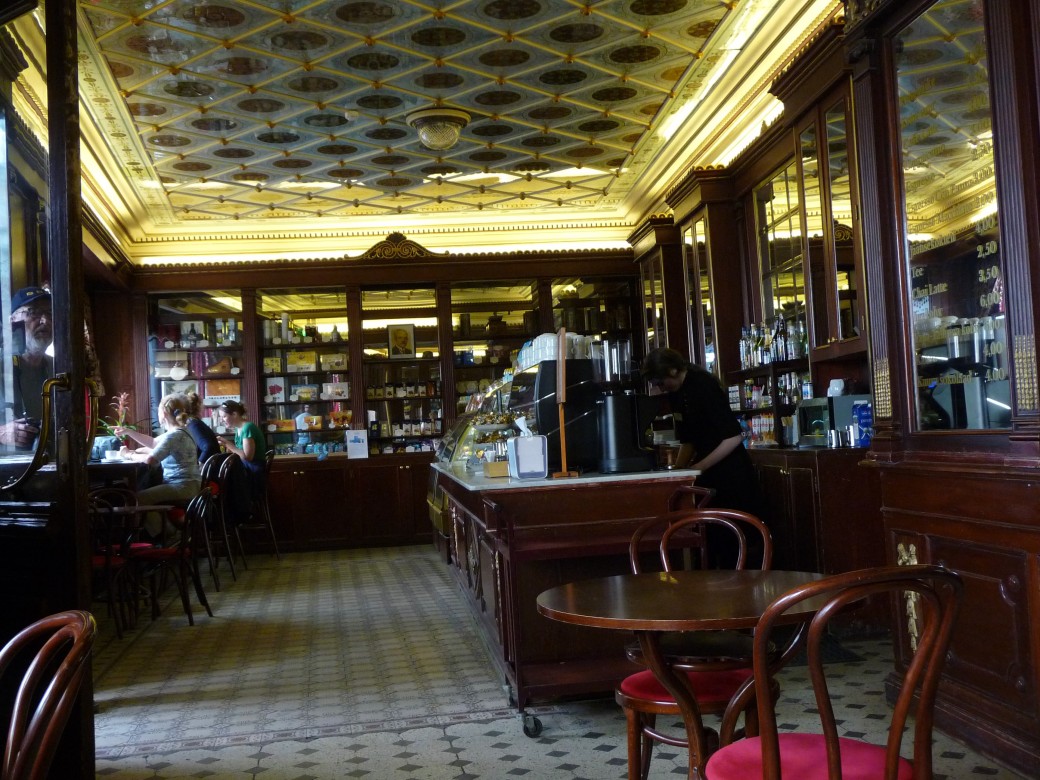 Alexander Nevsky Cathedral – named after a famous Russian military prince from the 1200s. 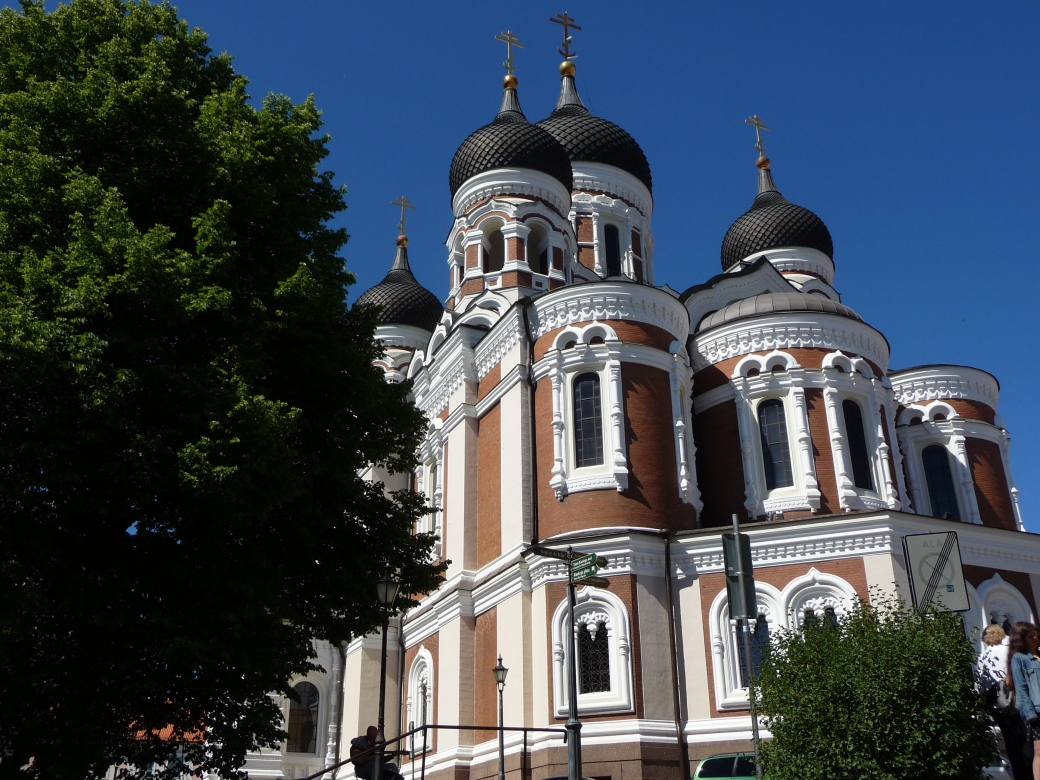 Tallinn is a fortified town and entry is through the Viru Gates. The fortress which dates from the 14th century boasts almost 2 kms of preserved walls and observation towers.

Found these sculptures on our walks around Old Town. 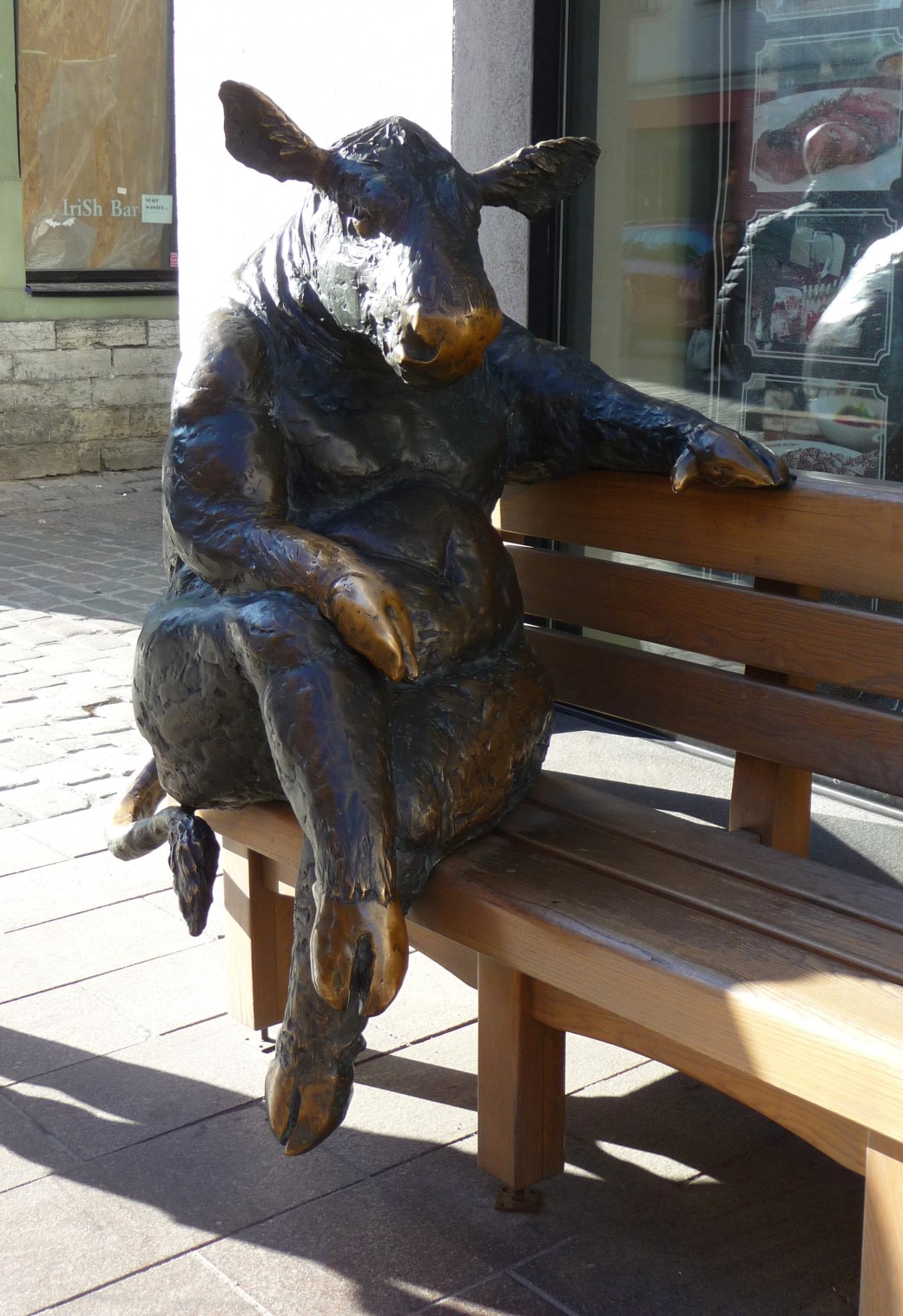 Freedom Square was full of blue balloons during our visit to mark its ‘Sea Of Tears’ Remembrance Day. On June 14, 1944, the Soviets in a crime against humanity, forcibly deported over 10,000 ‘anti Soviet’ Estonians to prison camps in Siberia. There’s a sizeable Russian population in Tallinn, but from what we’ve heard, memories for Estonians are long and painful.

Lots of good food and drinks on offer here in Tallinn – even tried Vana Tallinn – a rum based liquor. Summer is on its way; the skies are blue, the sun is shining and dining outdoors is simply superb!

Hot house flowers are well and truly blooming and can be found everywhere – a warm welcome to Estonia’s coming summer.

Just outside old town lies the modern with all its upmarket shops and cafes. 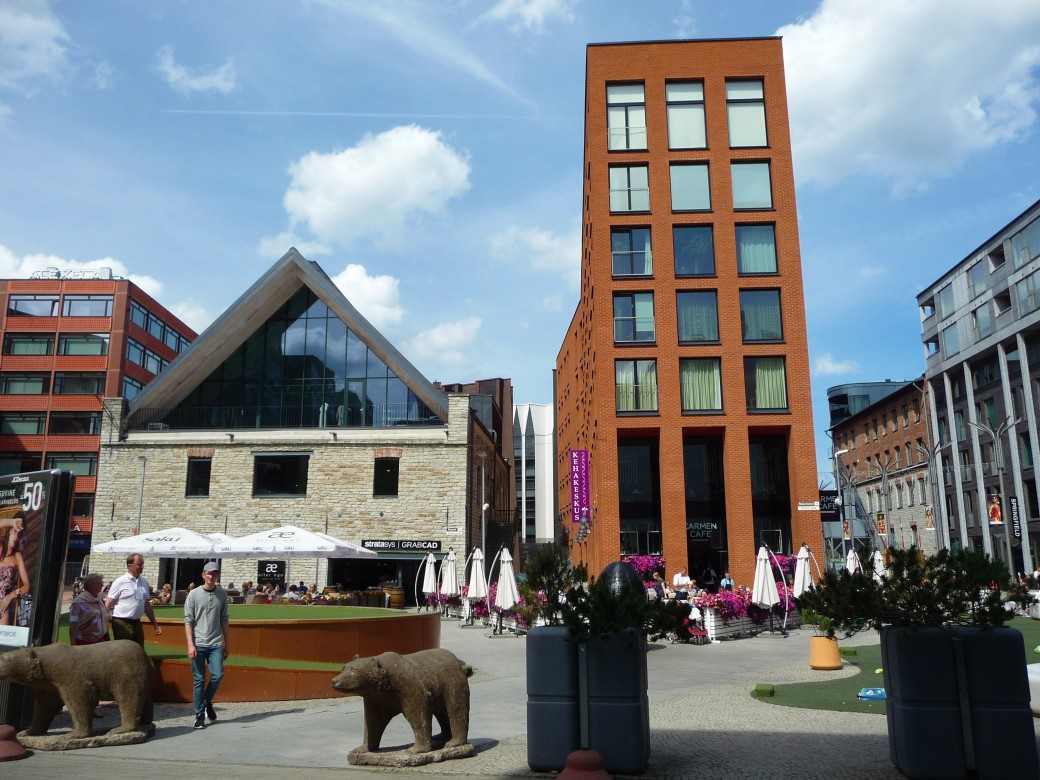 We tested the public transport system by catching a tram to Kadriorg and then a bus to the beach. Smooth and punctual all the way! 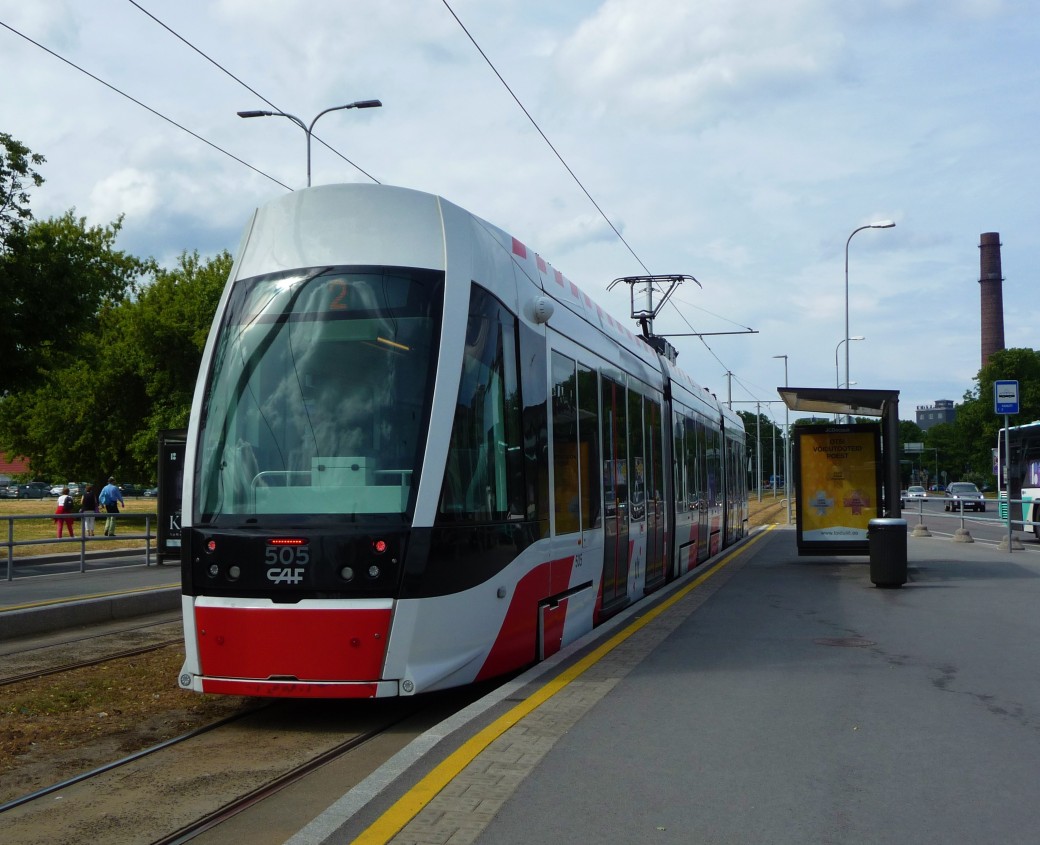 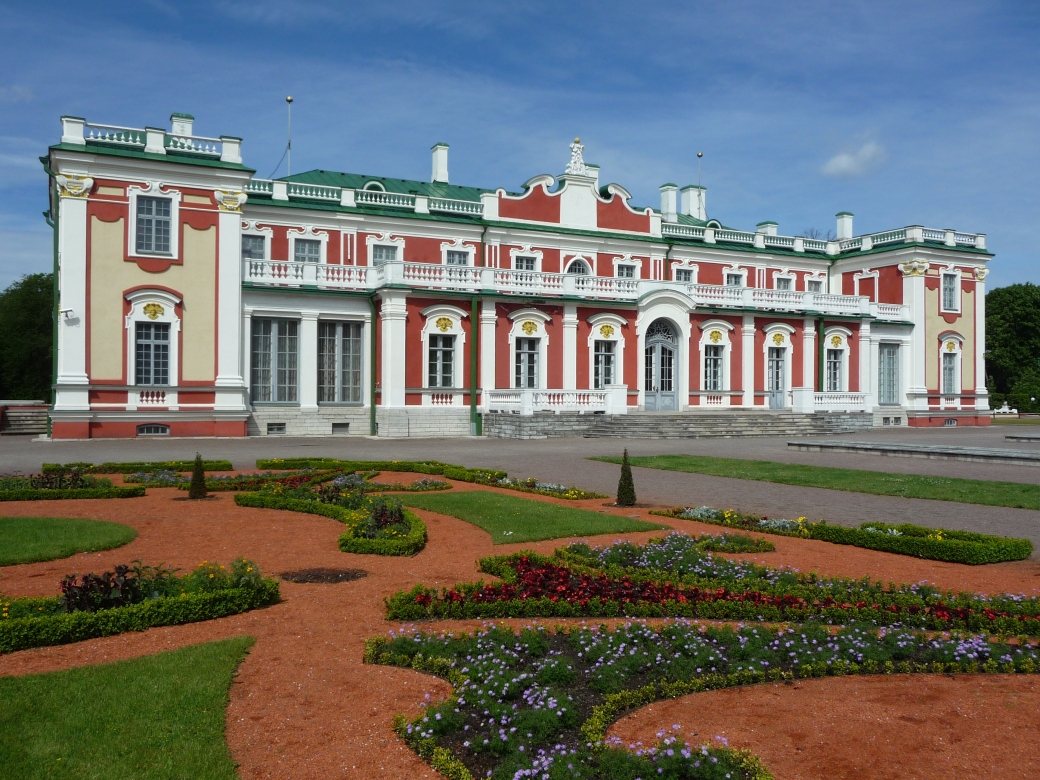 This is the President of Estonia’s home and office. Kersti Kaljulaid is Estonia’s first female president and locals tell us she has no airs and graces. They often speak to her while she’s out and about shopping. 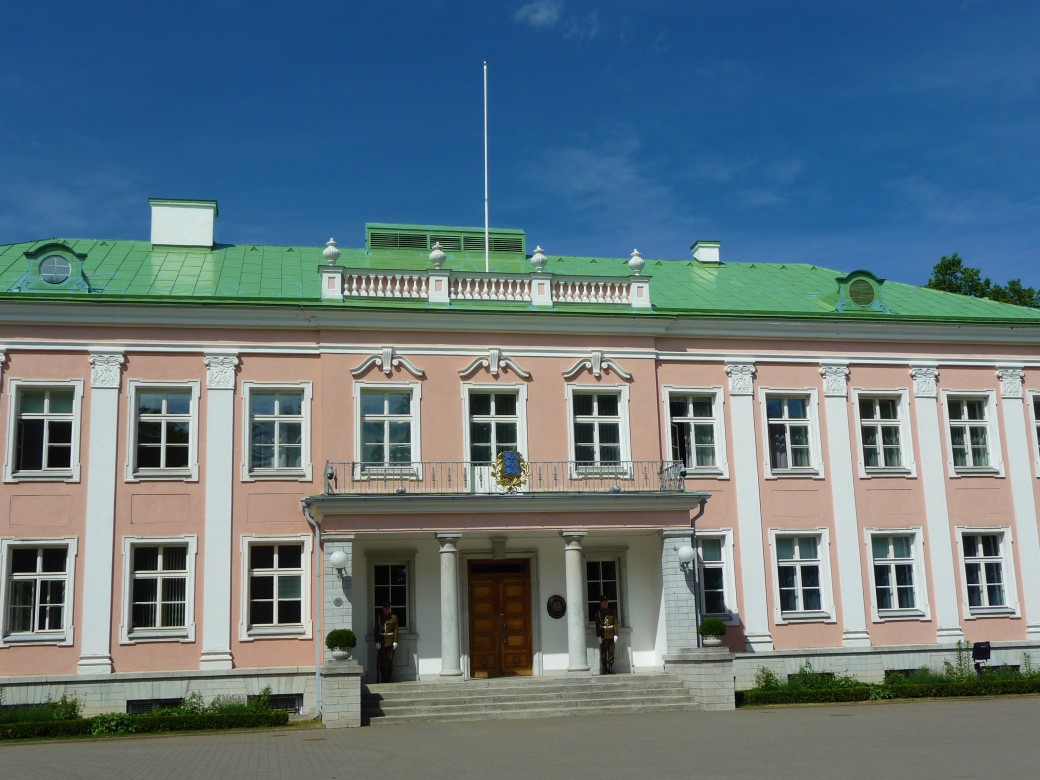 Just a word about the Estonian government – they have been very active in promoting IT and have set up their country as a world cyber centre. NATO’s Cooperative Cyber Defence Centre of Excellence is located in Tallinn. In addition, online everything is practised here, from banking to voting. Moves are afoot to eliminate paper money. The government also supports start ups for entrepreneurial young guns.

These photos are of the extensive bushland near the Presidential office. Large tracts of land have been given over to walking and cycling tracks. 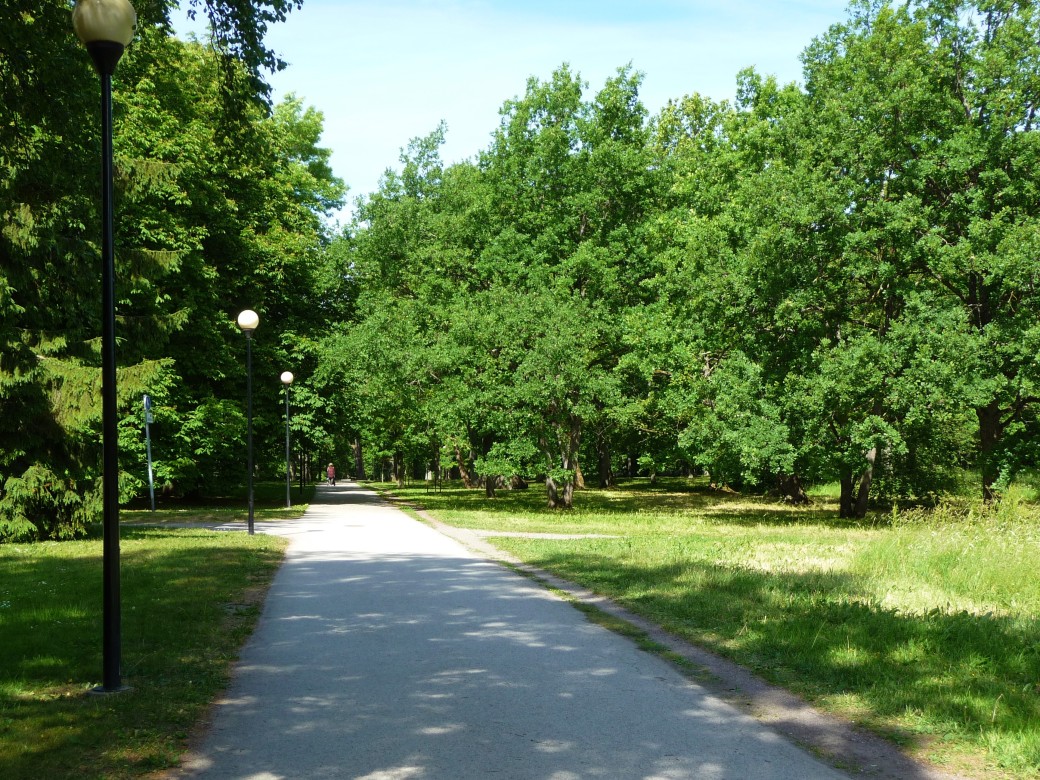 I can’t help thinking the Estonian government’s job is a difficult one. The country’s history is a checkered one. Ruled by the Danes, Swedes, Germans and Russians, Estonia finally declared its independence in 1921. However, this was short lived as in 1939, the Soviet Union occupied Estonia as well as Latvia and Lithuania. Nazi Germany exerted its force during the war and occupied it. Then, the Soviet Union wrested back the Baltic States in 1944 and didn’t relinquish power until 1991. Today, all three countries are independent and are members of the EU.

Pirita Beach on the Baltic Sea is a 10 minute bus ride from old town. Can imagine it being very popular in the height of summer.

This church facade near Pirita beach reminds of one I’ve seen in Macao.

Estonia is located on the Gulf of Finland and boasts a good harbour and this means cruise ships berth here. The wharf is in walking distance from Old Town and the Old Town heaves a bit from about 11am to 5pm. On our early morning walks, there was no one around and in the silence, you could really appreciate this gorgeous medieval town.

We stayed at Godart Rooms in the old town. It was in a good location, our room was spacious and looked out over the street, the staff very helpful.

My final Tallinn pic is this one. I’ve borrowed it from google because I wanted to show you how Tallinn transforms into a beautiful fairy tale town during winter. It almost makes me wish I liked travelling in winter!

Tomorrow, we are bussing to Tartun, still in Estonia. It’s described as an edgy, vibrant university town. Should be fun!