Someone told me that a week in Malta doesn’t cut it and it’s true. A day passes too quickly here in the middle of the Med even when the June daylight hours are long. A morning Maltese coffee and delicate pastries helped us kick start our day before we took advantage of unlimited bus tickets to map our way to some pretty awesome sights. Sometimes the bus arrived, sometimes it didn’t. No matter. If in doubt, we simply took a bus to Valletta since all buses depart from and arrive there.

These pics are of Mosta which is in the centre of Malta. The church is the town’s main attraction. It’s a beautiful church with a huge dome, similar to the Pantheon in Rome. During World War II, a thousand pound bomb was dropped on the dome. Thankfully, it didn’t explode. Love the way the older men sit around outside talking to each other whilst keeping a watchful eye on everyone. 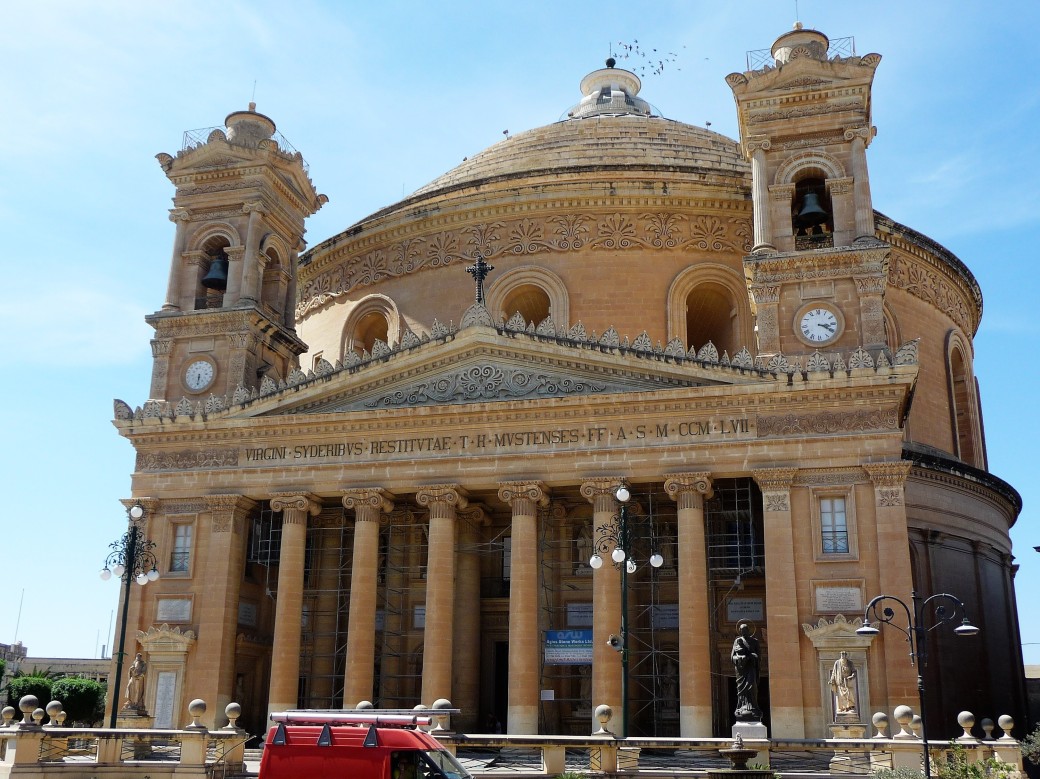 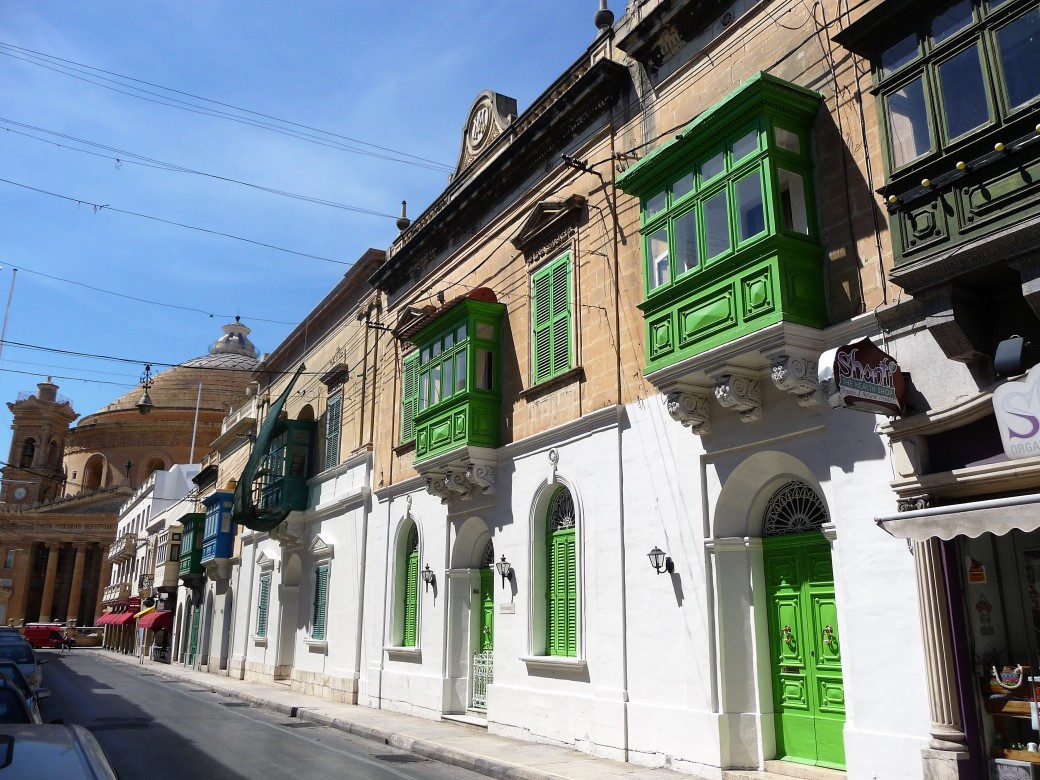 Naxaar is also a lovely town and with fewer tourists.

Mdina and Rabat are on most tourists’ itinerary and with good reason. Mdina is a fortified town with some simply beautiful buildings. During medieval times, it was the seat of government until the Knights built Valletta and declared it the capital city in 1571. Many opted to stay in Mdina, particularly aristocratic families whose 14th and 15th century houses and palaces have been preserved for us to enjoy. This is a fantastic place to soak up history.

Rabat, a short walk from Mdina is termed ‘the suburbs’ and is outside the walls of Mdina. Lots of Roman history is on show here.

Malta is made up of three islands – Malta, Gozo and Comino. We didn’t make it to Comino which is the least developed of the islands and gets a good rap. We did get to Gozo though, and loved it. A bus to the north of Malta connects to the ferry which takes you across to the island. There’s a lot to see on Gozo and one day here simply doesn’t do the place justice. We opted for a hop on hop off bus to ensure we saw the main sights. We really liked Marsalforn and Ramla Bay. Those looking for the famous Azure Window will be disappointed to hear that it has collapsed. Had a fantastic lunch at Xlendi – tuna ravioli. Tuna is the fish to eat in Malta. The waters are blue blue. 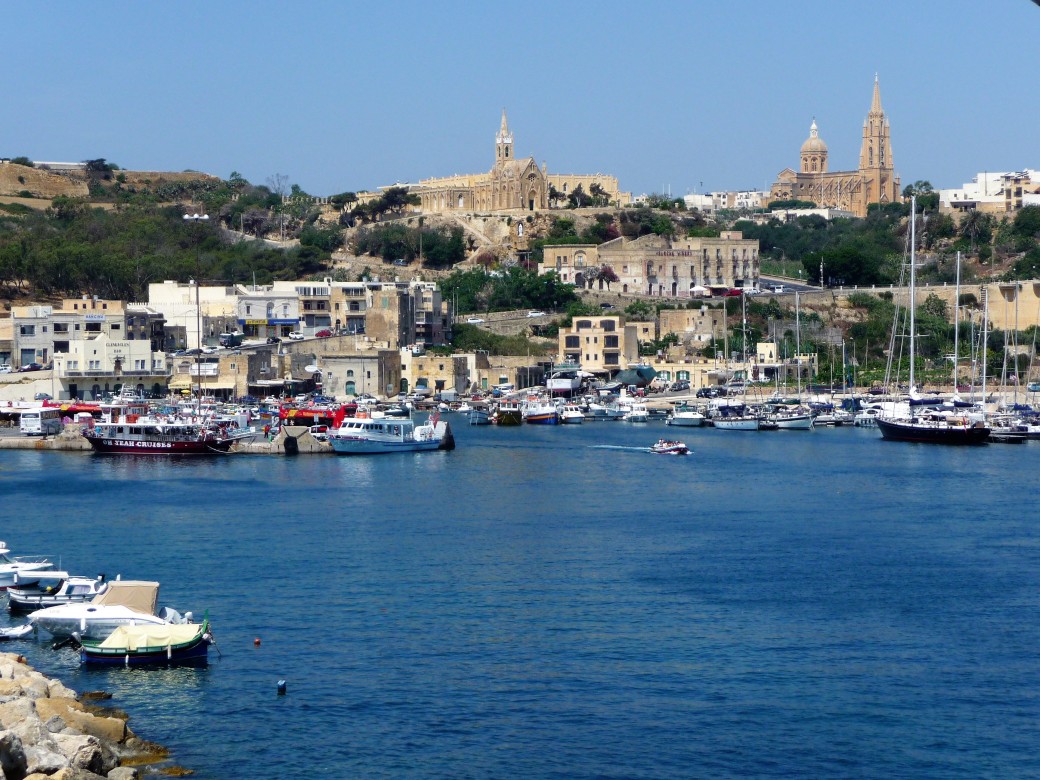 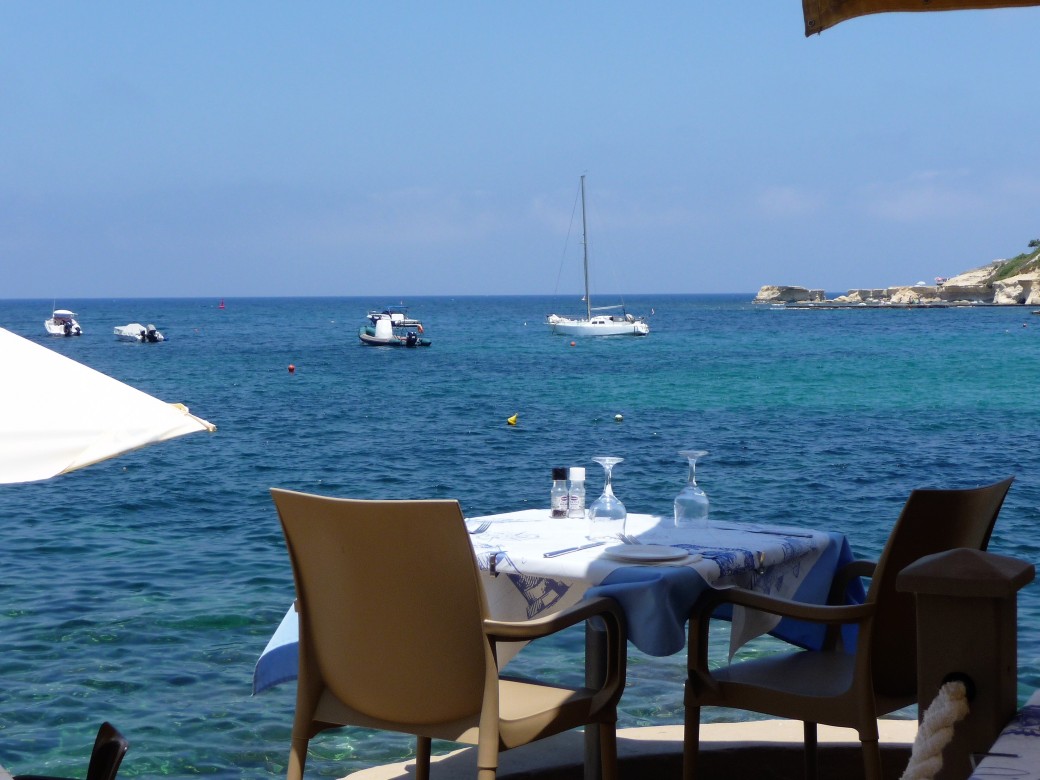 Our home base for our week in Malta was an apartment in Gzira, a few interesting streets back from Sliema which is where we caught the ferry to Valletta and the bus to everywhere. These next few pics are taken within walking distance of our apartment. 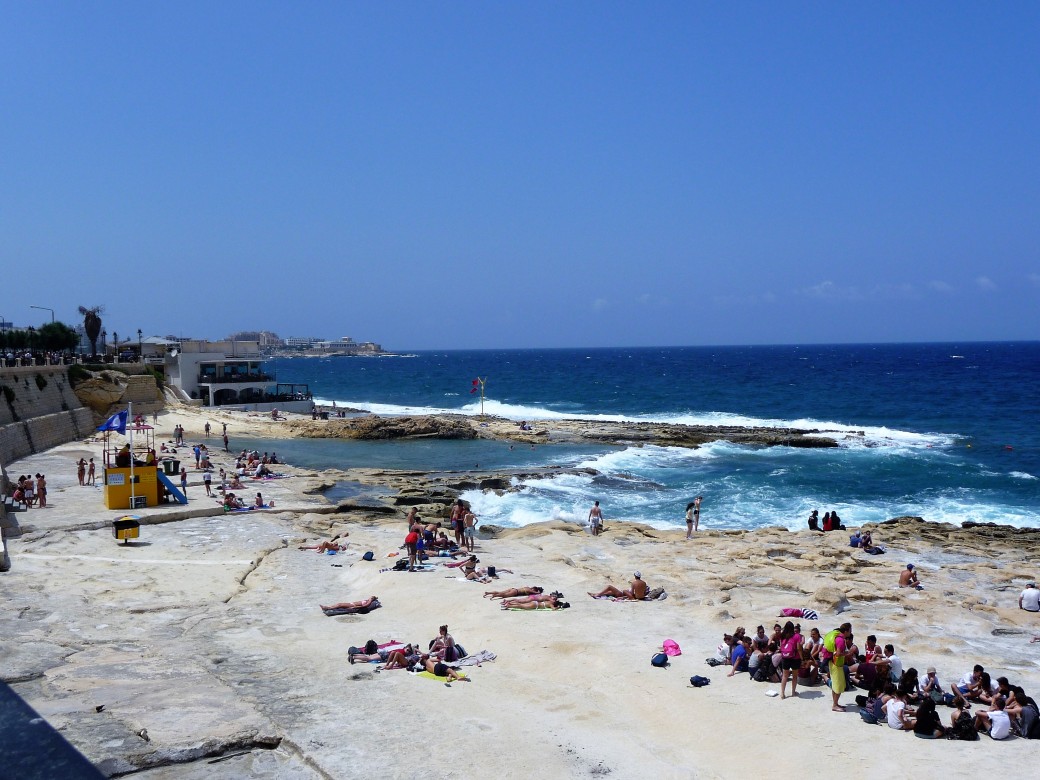 Our next stop is Palermo Sicily, just 90 kms from Malta. Looking forward to staying for a few nights in the capital and then picking up a hire car to tour around the island for about 10 days.